Incantation is a Chinese Horror Movie (Taiwan), released in 2022. The story was about Li Rou Nan (played by Ina Tsai), who is a single mother with a history of mental illness. Six years ago, she lost her parental right because she had to undergo therapy. But now, Li Rou Nan wanted to turn a new leaf after her life improved. Li Rou Nan regains the custody. Happily, she picked up her daughter, Dodo (played by Huan Sin Ting), from the orphanage. During the process, Li Rou Nan records everything because she wants to remember the moments. 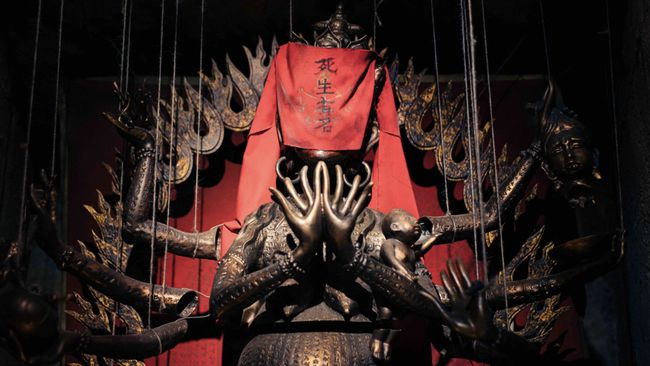 But soon after she regains custody, strange things happen to her and Dodo. The curse she’s been avoiding has found its way to her daughter.

Six years ago, Li Rou Nan joined a ghostbuster group with Dom, Dodo’s father, and Cheng Yuan. They used to record every strange phenomenon that they encountered for their YouTube channel.

So when Dom and his cousin Yuan were going to attend a strange family ritual, she tags along.

The nightmare began when they violated a taboo. The clan elders told them to avoid the forbidden tunnel, but they did it anyway. These resulted in deaths, and Li Rou Nan must live with a curse.

But now, she must face her fear to save her only daughter.

I’m having a hard time watching this movie. And I regret that I choose this movie out of the hype. Incantation scares me so much, that I wish I choose another movie…😭

A few days ago, I had thought to set up a number on my horror movie challenge. Perhaps I could deal with one or two horror movies in a week. But then, I took back the idea. I’ve been watching two horror movies in two weeks. The number might seem insignificant, but this is the most number that I got for more than six months. My last horror movie was in December 2021. When my daughter watched a horror with her cousins, I sat there and joined them for 10-15 minutes. After that I left the room and watched HGTV as a soul-cleansing ritual…😂😂

So, I decided to take it slow. I will watch horror as many as my soul able to bear. I won’t put any number as my target, at least for now.

And here it is, my second horror review of the notoriously famous Incantation movie.
I watch it in the daylight with my husband around, btw… 😅 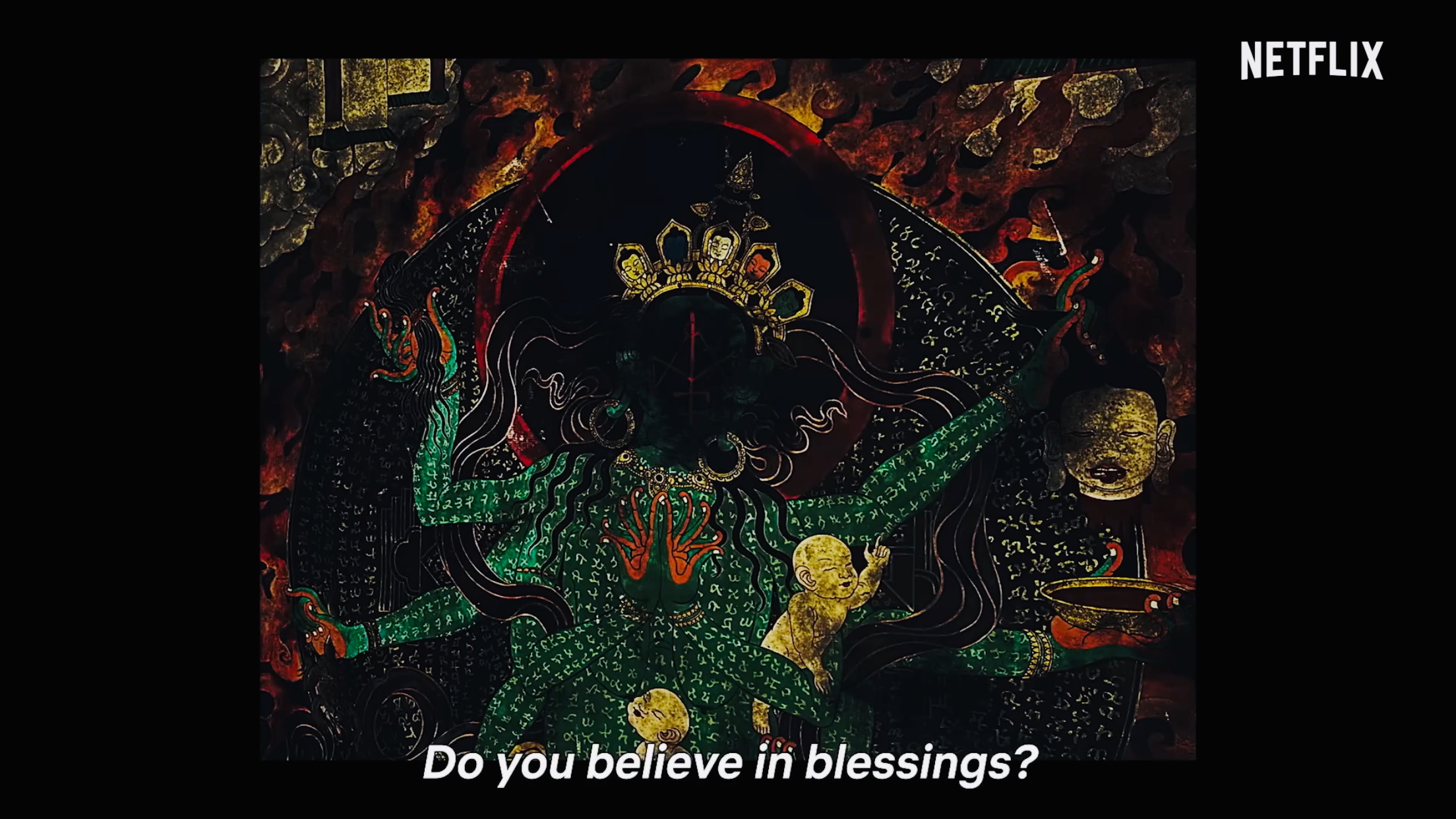 It Gave Me Adrenaline Rush

Incantation is a Taiwanese horror directed by Kevin Ko. A true story about a cult worshipper family in Kaohsiung, Taiwan, inspired Kevin Ko and Che-Wei Chang to write this movie. The family members claimed they were possessed by evil who disguised as god. Incantation has set records as the highest-grossing Taiwanese horror of all time. 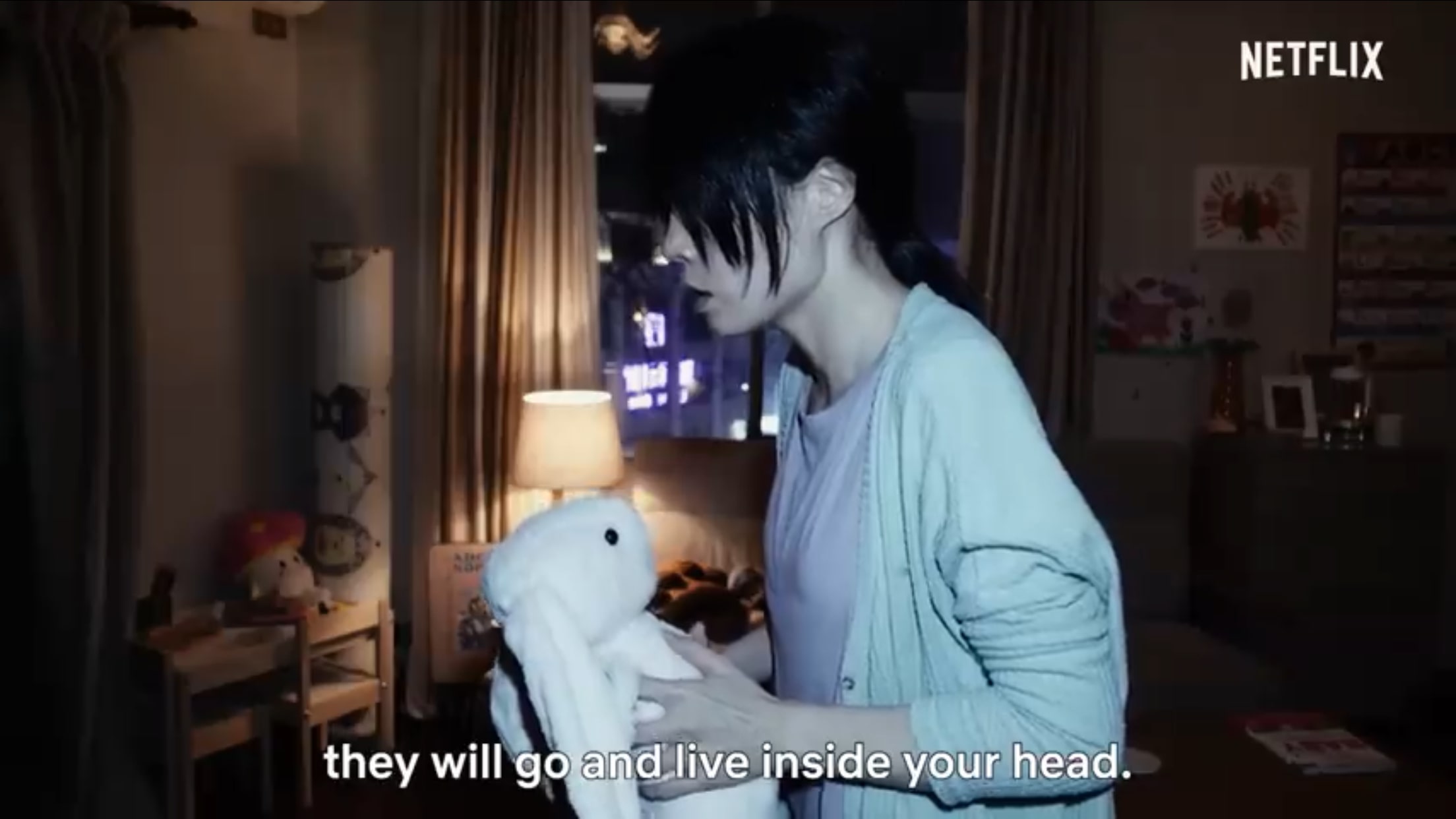 Watching a horror movie might gave you a certain feeling of excitement, because fears would trigger an adrenaline rush resulting in heightened sensation and surging energy. In my case, when I watch this movie, I do felt the need to run. As fast as I can, away from the TV…😅😅

It’s All About Fear

My first impression of this movie was, it was scary. Alright, I know you’ve wait for bombastic words that describe my feelings. But all I feel at that time was just FEAR.

The movie was successfully terrorized me from the beginning. The chanting sound was haunting me, and it didn’t stop right there. When the story become more tense, the chanting sound are louder, and you, unconsciously, would follow it inside your brain. 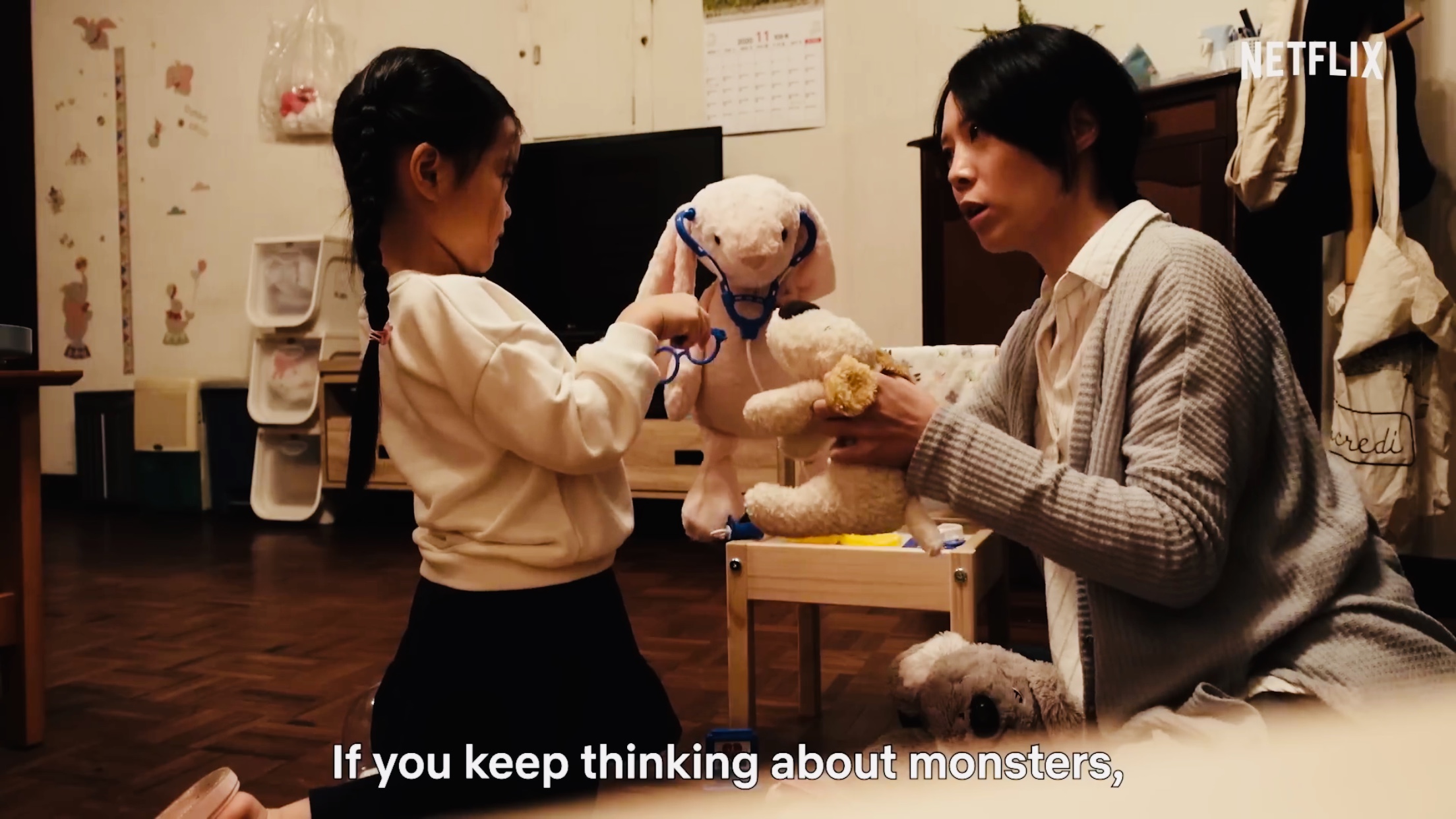 Do you know that fear is contagious? We are social creatures, many of our feeling and actions easily influenced by other, including fears. There was no full figure ghost like Sadako in this movie. Well, a scary hand was seen trying to touch Dodo, but mostly the fear that I felt was coming from watching extreme fear showed in Li Rou Nan face.

The film technique makes me feel that Li Rou Nan was talking to me in person. I can see the fear in her eye, I can feel her emotions, I can feel she regret her sin, and now she fear for her daughter. As a mother my self, this is the heaviest emotion that hit me through the movie.

The film technique that i mentioned previously was called mockumentary with a found footage technique. Found footage is a film genre which story delivered from the first person point of view through “missing” footages, Either from CCTV, cell phone, or ordinary camera. Blurred pictures and fast moving camera were the genre’s special features. 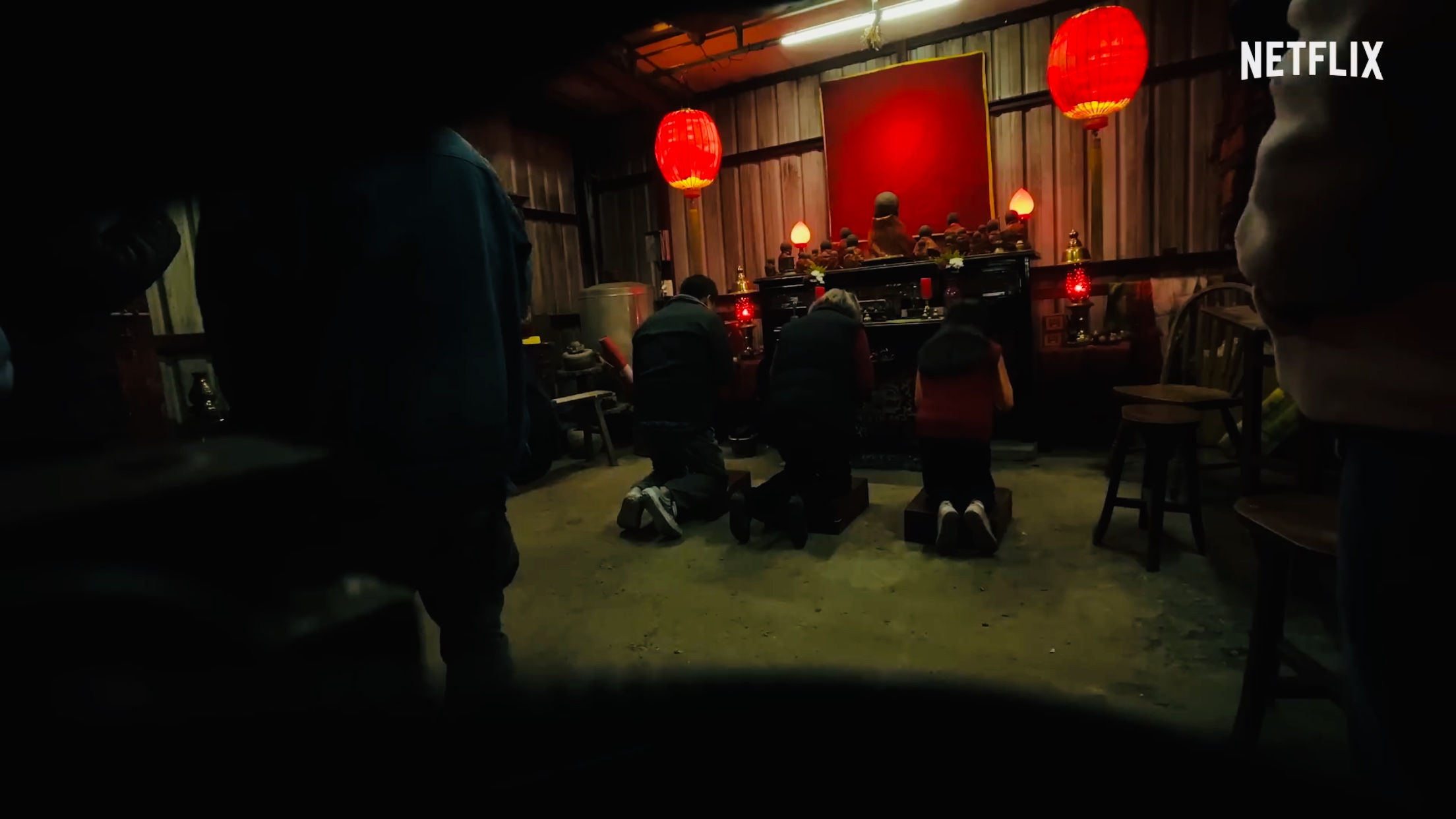 It was the same technique which The Blair Witch Project and Paranormal Activity series used. I’ve watched those movies back in my younger days, when I had (almost) no fear and a group of friend whose telling jokes during movie time… 😅

To be honest, I’m not a big fan of this technique because it was shaking and moving all the time. For some people it might give a feeling of being the one behind the camera, but I was having a light migraine after watching this movie. It’s so hard to be focused.

Incantation was narrated in a back-and-forth storyline. It’s a bit hard to understand at first. But you’ll get the story eventually.

Incantation is a story of a mother who desperately tries to save her daughter from a curse. Six years ago, Li Rou Nan, Dom, and Chen Yuan went to a strangely remote village where Dom and Chen Yuan’s family lived. Dom is Li Rou Nan’s boyfriend, and Chen Yuan is Dom’s cousin. 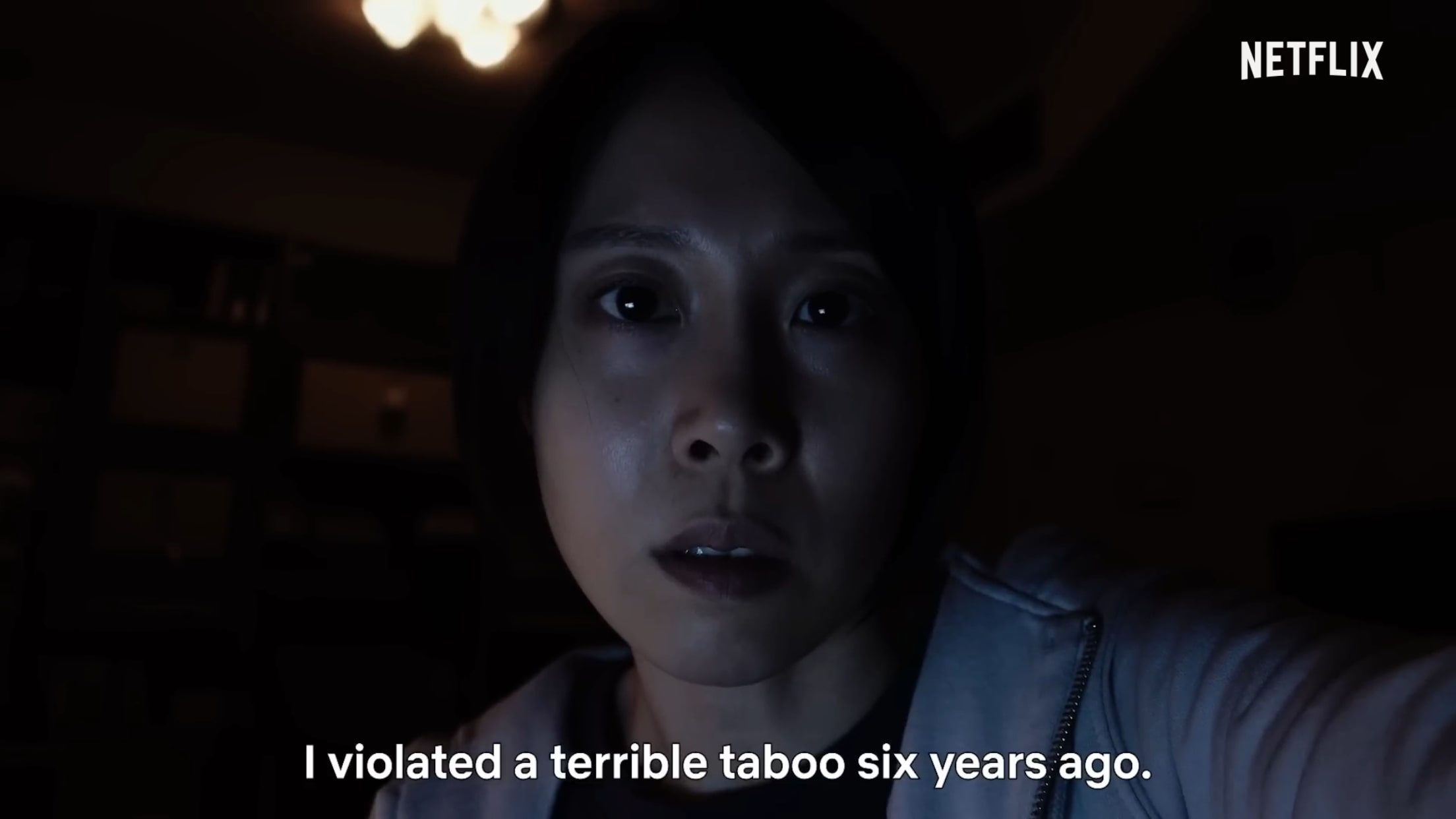 There were several signs for the trio, that, warned them to cease the journey. But you know, people on horror movie often portrayed as skeptical, hot-blooded, and reckless person who choose to overlook any sign that might help them avoid calamity. So did the trio.

Before they arrived in the village, their car crashed into a statue of Mother-Buddha. It should be a sign for them, but the trio continue their journey to the Chen’s clan village. When they arrived, some elder told Li Rou Nan to go back to the city because the ritual was only for family members. But Dom and Chen Yuan insisted she must join them because Li Rou Nan is Dom’s girlfriend.

The elders also warn them several times that they shouldn’t enter the forbidden tunnel. But guess what? They did it anyway. It was Chen Yuan who insisted on sneaking and watched the ritual. And it also him who wanted to go inside the forbidden tunnel. I really had an urge to SLAP him hard!

Everything started when they decided to go inside the forbidden tunnel. At the tunnel entrance, the trio saw a little girl lying unconscious with body full of runes. They also heard children cries from inside the tunnel, so Dom and Chen Yuan decided to enter the tunnel by destroying the barricades while Li Rou Nan waited outside with the girl. But it would take long before the hysterical Yuan running out from the tunnel.

Dom didn’t follow because he was presumed already dead inside. And after that every thing was chaos. Yuan was possessed and eventually killed him self after tried to attack Li Rou Nan. Li Rou Nan managed to escape from the village with the camera that records everything inside the tunnel. Even though the footage was damaged, but every time Li Rou Nan tried to show it to people, they died.

It Was Love for Dodo

Li Rou Nan love Dodo very much. When she realized that she carried the curse from Mother-Buddha, she did anything to save her child from the curse. Therefore, after Dodo was born, she left her at an orphanage. 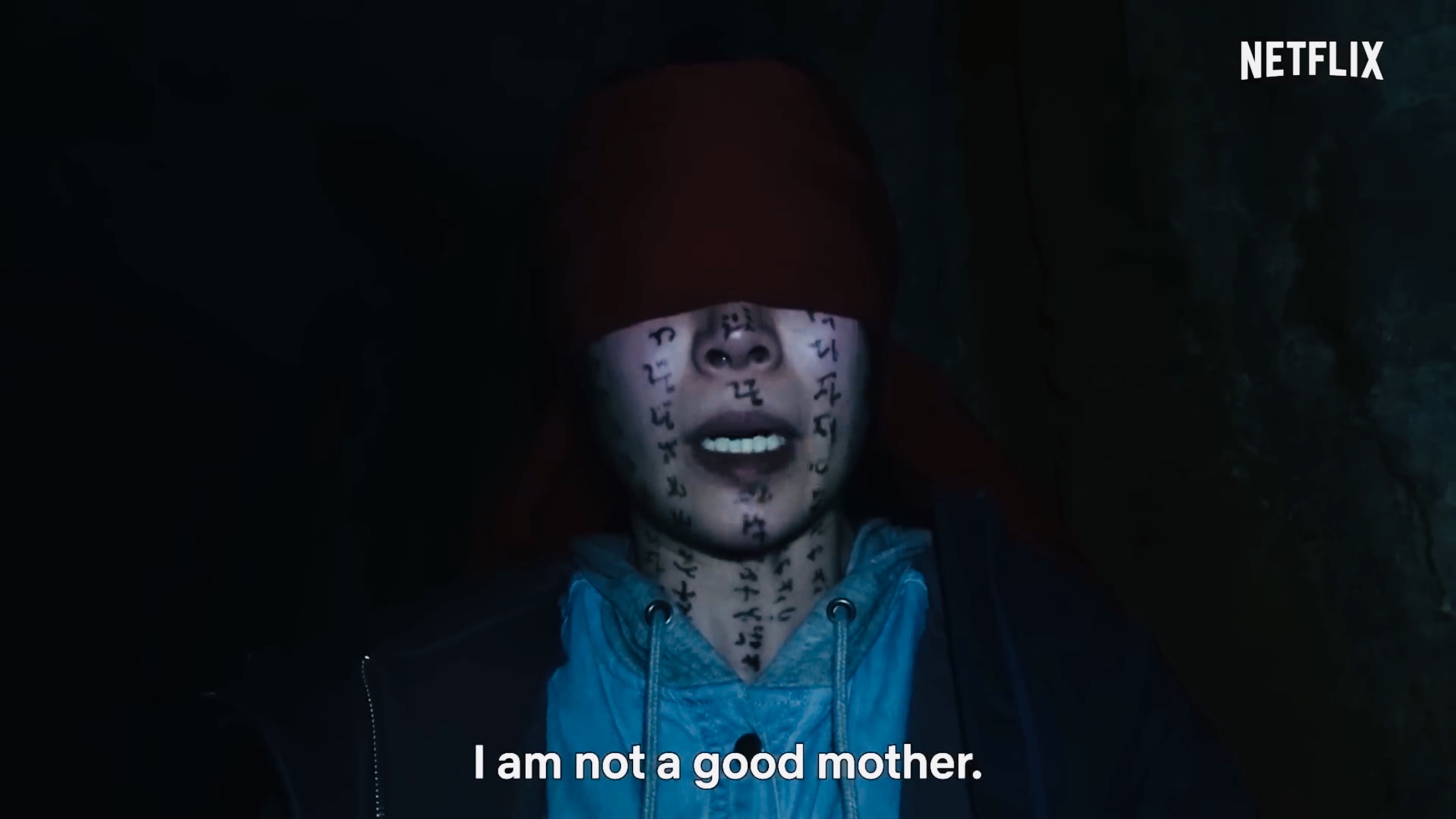 When he met Dodo, he asked her whether she liked her mom or not. Dodo said yes. The answer made him decided to help Li Rou Nan and Dodo. He took them back to the village, and he also restored the camera footage. But because he saw the footage, the curse befell him. His health was deteriorating before eventually took his life.

Li Rou Nan’s love for Dodo also driven her to do anything to save her only daughter. When I said anything, it means anything, including to harm other. Li Rou Nan took Dodo to meet a priest, Mr Ching ad his wife to perform exorcism, but she failed to complete the exorcism and resulted in Mr Ching and his wife’s death. The last thing Li Rou Nan do to keep Dodo save was spread the curse before she took her life.

It was parental love which helped Dodo, by any means necessary.

There was plot twist in the Incantation ending. Li Rou Nan realizes that Dodo can’t be with her any longer. Hence, she gave her back to the orphanage. Then, Li Rou Nan went to the tunnel by herself with a body covered in runes. She recited the incantation in front of the Mother-Buddha statue before killing herself.

Li Rou Nan left a video for the viewer to see. In the video, she explained the origin of the incantation “Hou-ho-xiu-yi, si-sei-wu-ma”. The Chen clan followed an ancient religion and worshipped a Mother-Buddha deity. The religion was spread from South East Asia to Yunnan and the Chen clan’s village. But the deity that they worshipped was a malicious one called Dahi Mother-Buddha. The worshipper has inherited bad karma, and they must use the incantation to spread the curse at the expense of a blessing that will protect their life. 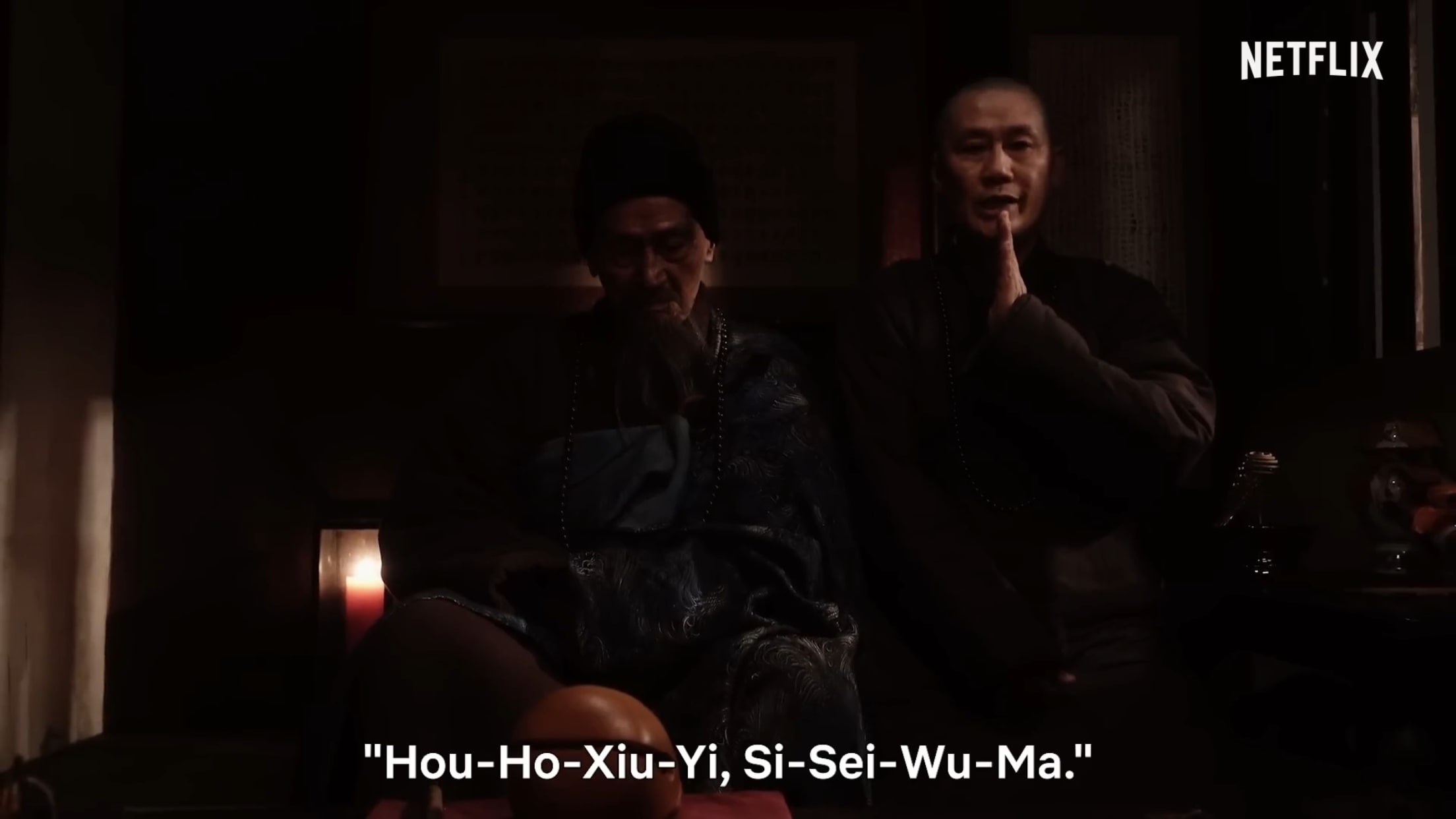 At the end of the movie, Dodo showed to be happy and healthy. Her curse was finally diluted by the expense of other’s life.

This was one of the scariest horror movie I’ve watched. Incantation was pure fear, and because I could understand why Li Rou Nan did everything for Dodo, it became more terrorizing for me.

One thing that i regretted was Incantation’s story which was narrated back and forth, so I needed to watch the movie more than once to understand it. It was such torture to me…😭😭

All in all, if you like horror, you need to watch this movie. No scary ghost as Sadako, but it was pure psychological terror.

But let me remind you, if you have a phobia of small holes, stay away from this one. Happy watching… I guess…🤦🏻‍♀️

The Town of Ghosts Movie Review

"No scary ghost as Sadako, but it was pure psychological terror."Incantation Movie Review