So she sought revenge and tried to assassinate the emperor on her wedding day.The assassination failed, and Jiu Ling was sent to prison. A fire broke out and Jiu Ling died in front of her newly wedded husband, Lu Yun Qi.

Nobody knows that Jiu Ling was actually saved, and the one that died in prison is her fellow disciple, Jun Zhen zhen. With the help of her master, doctor Jun, Jiu Ling changes her appearance and returns to life as Jun Zhen Zhen.

And The Story Goes

To seek revenge, she must walk a long and winding road. Her first stop is the Fang family, a renowned business family. She must investigate the secret behind a seal that her master gave her, before he died. The seal was given by her late emperor’s father and it holds the secret of her late grandfather’s death, which related to her uncle, the new emperor.

Jun Zhen Zhen changed her name to Jun Jiu Ling. With her outstanding medical skills, she gained the trust of the Fang family. She also paved her way back to the capital by opening a clinic named Jiu Ling Hall. 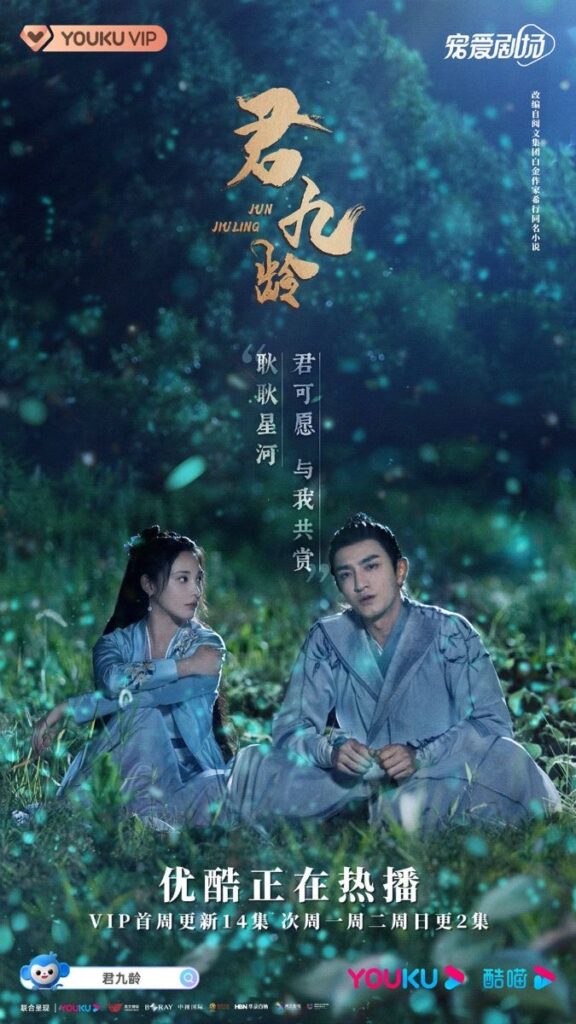 Through a myriad of hardships, she was able to unveil the secret behind the seal. Slowly but sure, her goal of avenging her father’s death had changed direction. Her revenge quest has become her quest for justice. Not only for herself but also for the people of Tianyou Kingdom.

On her way, she got entangled with four outstanding men. Fang Chengyu, her cousin whom she had saved; Ning Yun Zhao, a scholar who fell in love with her. Zhu Zan, Chu Jiu Ling’s childhood friend who suspects her identity. And the last one, Lu Yunqi, her former husband who truly loves her. In the end, would Jiuling be able to avenge her father’s death and expose Chu Rang’s crimes? And who would be her true love?

It took me a very long time to finish this Cdrama. I used to watch it for several episodes. Then I dropped it, and I picked it up again. But on the 28th episode, I dropped it again and was finally able to finish it a few weeks ago. It took me four months to watch the entire episode.

This is the longest time that I have ever needed to finish a drama. It is like a love-hate relationship, when you want to abandon something but then you realize that you have invested too much time on it. You become restless and it’s hard to decide whether you’ll finish it or not. But just like Jiu Ling and Yunqi’s relationship. I also need to make a clean break with this drama.

The Drama Seems A Bit Off For Me

Jun Jiu Ling is supposed to be a good Chinese drama. It has everything required to be a smash hit. The whole cast and crew were professionals with an expressive list of filmography and the story was adapted from a popular web novel. It should be enough, right? 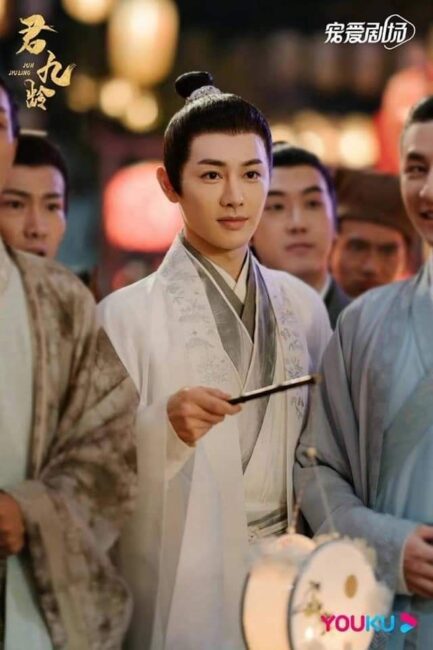 The director, Xie Zie, is a veteran who has made a lot of Cdramas and Cmovies. One of them is my favorite, The Legend of Fuyao. And the cinematography of Jun Jiu Ling is also expertly directed. The lighting, the camera angles or the costumes, none of them could be considered as fails.

Jun Jiu Ling also has great actors and actresses. You’ve seen them in several dramas. Peng Xiao Ran used to be the main lead of Goodbye My Princess. Jin Han also took part in Princess Agents, The Princess Weiyoung and Our Glamorous Time. The other actors and actresses for the main and supporting roles are all veterans. They add a lot to the Cdrama. 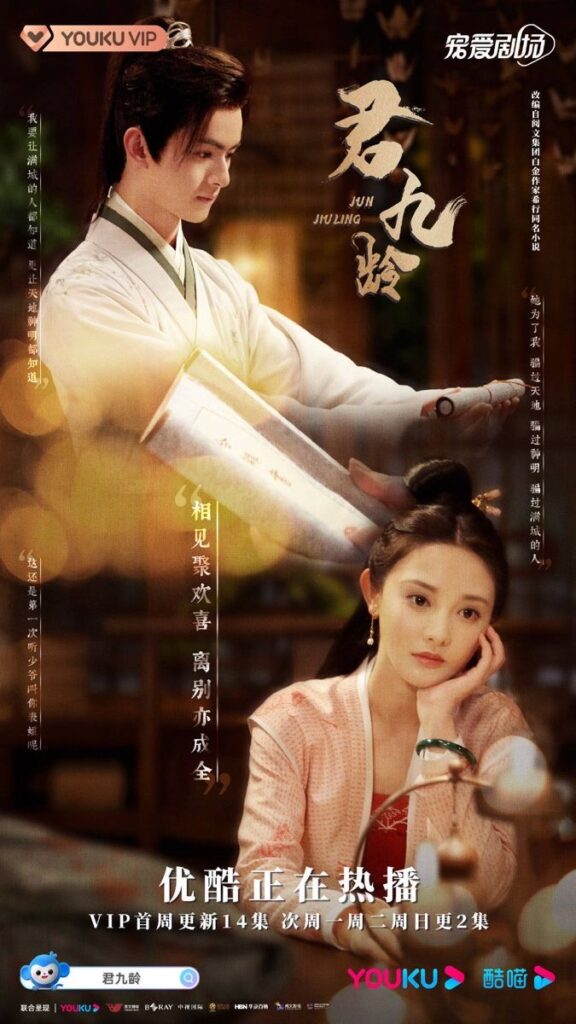 Some Upside From The Act

Peng Xiao Ran is doing a pretty good job as Jiu Ling. Although her expression is sometimes a bit stony, all in all, she was able to portray the patience, persistence, and the bravery of Jiu Ling. In the first half of the drama, her acting is passable. But she was shining later on when the story became much more complicated.

Jin Han as Zhu Zan, in my humble opinion, has a slight flaw. Many condemned him on the internet, saying that he was not handsome enough to be Zhu Zan. But I think this statement is utter nonsense. He’s quite handsome. He got the exotic vibe all over him. But he is probably not the right choice for Zhu Zan.

I like his free-spirited, suave and flirtatious attitude. That is all you need to be a famous young master from a noble family. But, Zhu Zan is from a military family. His parents are heroes among heroes, where his father was a great general and his mother carried a heroine attitude. I expected him to also carry some rebellious leader attitude. Some charisma that a young general would have.

Zhou Zhan as Fang Chenyu. I like his acting as a frail, sickly, and hopeless young master. You can see all the bitter emotion exuded from him. And when he was cured, he looked so fresh and happy, like a summer breeze. I really want to pat his head and tell him that he’s doing a good job. 😅 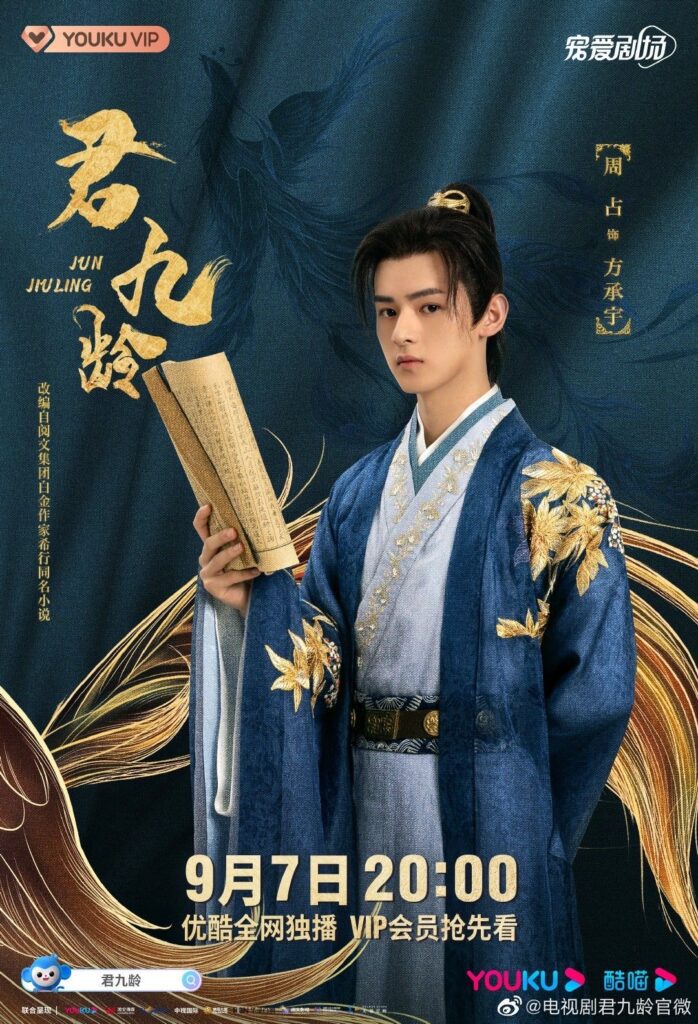 A Dose of Handsomeness

Wang You Shuo as Ning Yun Zhao. He is the epitome of handsomeness, makes my heart beat a little bit faster, especially when they film him from the side. His profile, the straight nose and curly lips, really make me blush. It is too bad because his character is a bit two-dimensional. Ning Yun Zhao is a scholar through and through. He was reserved, polite, and kind-hearted. He fell in love with Jiu Ling because she piqued his curiosity when they met at a lantern festival.

They both liked chess, and she was the first person who could beat him. Later, when he found out that they were supposed to have a marriage contract but it was called off, I can sense his regret, but not too much. And I’m a bit disappointed over that. I want to see Ning Yun Zhao become a bit lively over love. That’ll be very interesting.

On the other hand, I was crazy when I saw Du Ya Fei as Lu Yunqi. He is gorgeous, absolutely hot, and he does a good job as the Crazy Lu Yunqi. He looks so sweet in the first episode and was smiling all the way at the aisle on his wedding day with Jiu Ling. Then he was brokenhearted when Jiu Ling died. 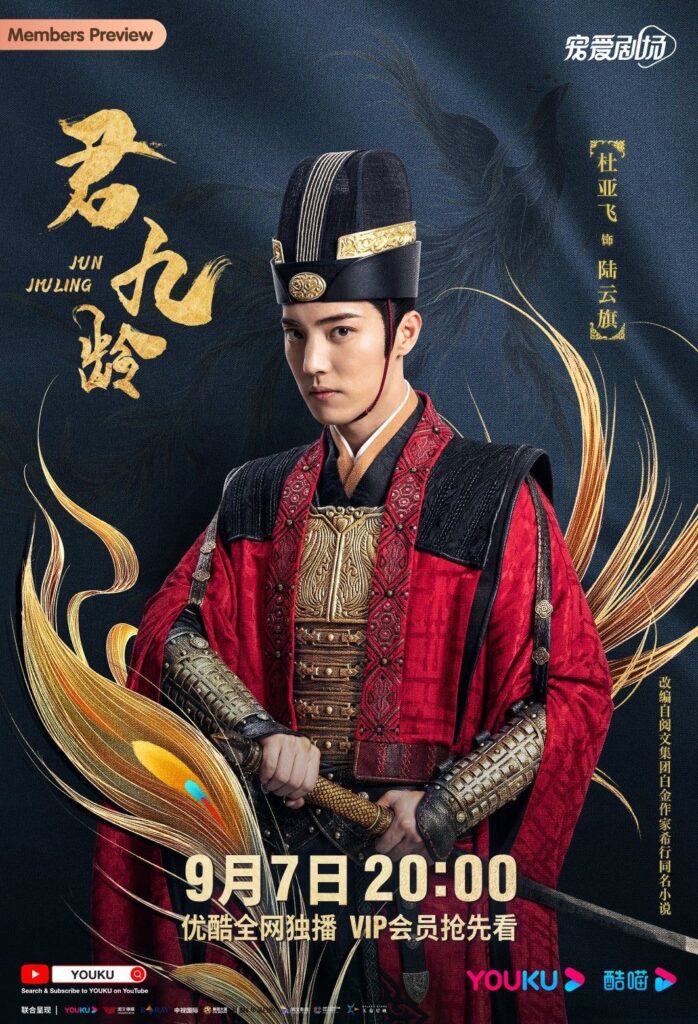 You could feel that he was truly in love with her. And then, as the day goes by, you can feel the bitterness around him. His expression became so cold and detached. Lastly, you can see that the love he held for Jiu Ling has become an obsession. He completely became a maniac when he kidnapped her. Oh my, Du Ya Fei is awesome! I really need to check his other upcoming works.

With a good line up of actors and a good director, Jun Jiu Ling was supposed to be good, right? So what went wrong, or is it only my poor judgement?

I Guess I Know What Went Wrong!

After months of contemplation (whether I should continue or not 😆). And several rewinds (of course, I should rewatch a few prior episodes every time I decide to continue this drama). I decided that the biggest turn off was the story.

Jun Jiu Ling was supposed to be an engaging drama. The one that you can’t take your eyes off and makes you feel the urge to watch the entire episode in one go.

But it seems to me that this Cdrama doesn’t provide enough background story for the characters.

For instance, Jiu Ling was said to be the most intelligent among her siblings. She’s the one who found out that her father’s death was not a natural death. Therefore, she orchestrated a plan to attack the emperor. But the murder attempt failed, thus, she was sent to prison.

Suddenly, her master, Doctor Jun, and her daughter Jun Zhen Zhen come out from nowhere and try to save her. And at the top of it, Jun Zhen Zhen was willing to die as a substitute for Jiu Ling, without enough explanation. The whole scene feels like being forced to create a sensational opening. 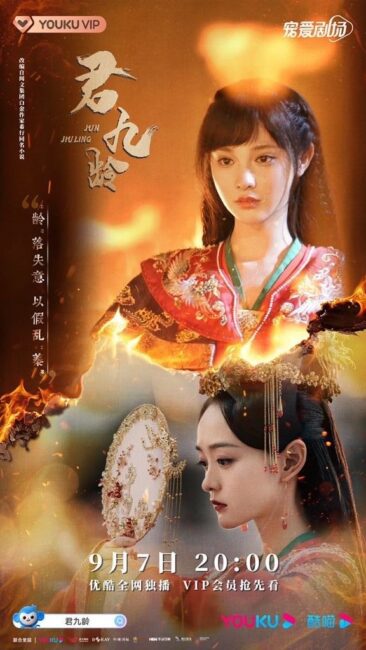 If you ask me, Jiu Ling’s character is too perfect.. She was adept at medical and warfare. She was also brave enough to join the war. But her background of learning those two subjects is not well written.

Well, to be a medical practitioner, you can’t rely only on books, but you also need a handful of experience, right? Also, when she learns about warfare? Who taught her? Why did she learn that? None of my questions are answered. All I see is a glimpse of her background in a flashbacks. But none of them gives me a thorough understanding of her life experiences.

It’s the same with other characters. You know their character, but it’s too shallow to understand their life, because of the lack of background information. And my last rambling is about her entanglement with four men. Isn’t it a bit exaggerated? Does she really need four marriage contracts? 🙃

Watching Jun Jiu Ling is just like looking at a quilt. You put different kinds of pattern and you sew them together. If you’re good at arranging the pattern, you’ll get a beautiful patchwork. Jun Jiu Ling’s conflict is just like that pattern. Some of them would make a good ensemble, but some of them feel like being forced. The smallpox outbreak, the refugee issues, and the sudden invasion.

Those conflicts could be a great source of story. And let’s not forget about the romance between Jiu Ling and Zhu Zan. It was a good thing to reunite a childhood sweetheart and Jiu Ling needed someone to protect her during the rainy days. But it doesn’t feel natural. His presence feels like an addition to Jiu Ling’s awesomeness. And I feel it was unjust to Zhu Zan. He was a good character and he deserves more than this 😩.

This is the most acrimonious review that I have ever made. It was so hard to watch this Chinese drama, too many flaws for me. Yet, I realize the production crew and the cast must have worked hard to create Jun Jiu Ling. But I still recommend this Cdrama for those who are into revenge stories, beautiful actors, and great cinematography.

As I always say, nothing is perfect in this world, including in the realm of Chinese drama. I might have a poor judgement about Jun Jiu Ling. But you don’t have to. Please heed my words with a grain of salt. Probably you’ll find a better opinion of Jun Jiu Ling.

"It was so hard to watch this drama."Jun Jiu Ling Drama Review