The Coolest World is a Chinese romance drama released in 2021 with 40 total episodes. Teng Xiao Xiao, played by Zhou Yu Tong, has a lifelong dream of one day becoming a winner of the prestigious Pulitzer Prize. She came to the big city of Beijing in pursuit of her dreams, working as a journalist for a certain magazine. Just as her big break was about to happen when her article – which was 3 months worth of hard work – was going to be printed. The publication was bought by another company and thus all her hard work was all for nothing.

Within the new company, she has to start her career from the bottom. Dealing with new management, new company culture, and peer pressures unlike one she has ever experienced in her previous company. Through the ups and downs of new challenges in her new role, and myriad of company politics, Teng Xiao Xiao gave her all. Trying her best to survive in Beijing and somehow find a way to thrive in her career.

This is a wonderful story of youth struggling to find their place in the world. Chasing their dreams and dealing with the harsh reality of adulthood.

This Chinese drama is unlike one I have ever seen before, style-wise and also plot-wise. It has a more serious vibe compared to other romance dramas which veer more towards bubbly (and unreal). It is refreshing to see. I never realized how tired I am of seeing slow-motion scenes that are the trademark of romance dramas.

When love between the leads blooms and the music swells; this formula is sort of like the fuel that keeps us, the viewers, going. Fortunately, you will not find any of that in this drama. The scenes are portrayed to be as realistic as possible. Which reminds me of Hong Kong movies in the early 2000s somehow. Very enjoyable, and also make the story that much more appealing.

Also different from most Cdramas out there, this one does not focus on romance. But more towards the growth, the grit of the main leads as they are surviving in the real world. As such, for those who are planning to watch this Cdrama solely for Li Hong Yi  李宏毅, you will be very disappointed. Since not only will he only start to appear in episode 15 onwards. His screentime is not as many as one would like haha.

But to be honest, I have no complaint. This story is Teng Xiao Xiao’s story, her struggles in chasing her dream, her story in surviving the big city, and finding herself. Zhou Yu Tong 周雨彤 plays this character very very well, I am a new fan of hers. My favorite part by far is when she plays naive, slightly idiotic scenes. She looks so naturally dim-witted that it’s endearing. I think it takes a special talent to portray those scenes so believably that I laughed till I cried.

Another reason for me to for sure re-watch this Cdrama is the chemistry between the main leads. They seem like a fun couple, though not much intense chemistry I would say, but it is always interesting to see when those two appear on screen.

Some of The Stories (This point onwards contains spoilers…) 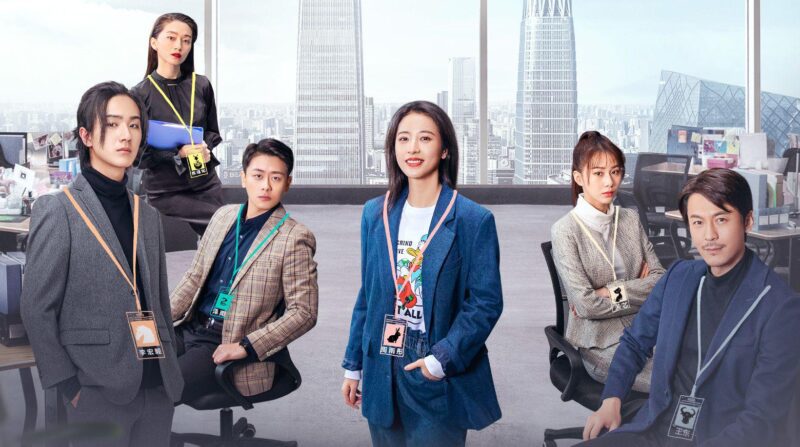 From the get-go, the story pulls me in as it revolves around company cultures and politics. This is not necessarily my favorite topic/subject, but the way it is being told is very interesting. It is understandable how the new team from the small magazine company is hated by the employees of the big shot YO media. YO media is a giant in the industry, supposedly filled with talented people who graduated from prestigious schools. Then here comes the humble little team from the traditional print magazine. Who just from the clothes they wear, one would know. They are of a different caliber, not necessarily worse, but just not the same.

The clash did not happen merely because they are from different backgrounds, but also because their industry is not really the same. Even though both are from the media industry, the magazine company is more traditional whereas YO media utilizes online platforms. Hence they have different approaches and strategies when dealing with projects.

On top of that, the new team is taking over a project that is the baby of the elites in YO media. With this kind of setting, it is not hard to imagine why the newly joined employees are hated. So much so that they cannot even have lunch at the company cafeteria. This, to me, is very interesting and different in that it is enough to keep me invested in this drama 😂 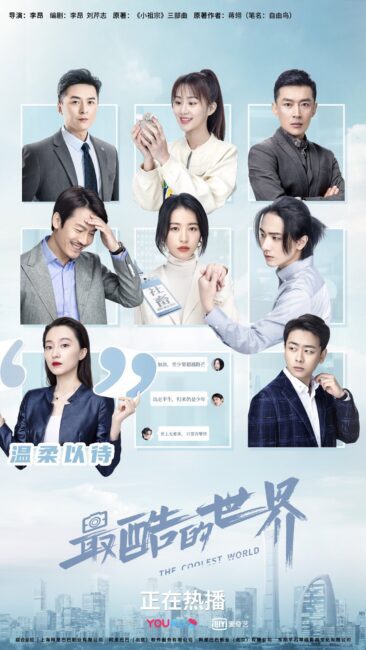 Having said that, I have to say that even though this is only drama, the company culture is so toxic in YO Media that it made me livid.

I also do not understand what exactly happened with Lu Mang (played by Wang Dong 王东)?! So his friend basically duped him in the deal? What’s going on? Until the end, it was never properly explained, or am I just too dumb to understand….? Haha.

The ending for him is somewhat bleak to me. Not only did he lose the magazine company, but he also had to revive his career. On top of that his marriage fell apart. His love was unrequited and he was left with no financial gain whatsoever in this entire deal! Hopefully, there will be a season 2 for this so they can make it up to him. 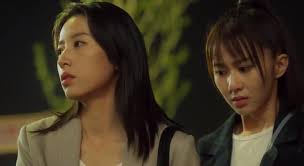 I love the friendship between Xiao Xiao and Chen Ying (played by Liu Ying Lun  刘颖伦) at the beginning of the drama. Their bond was strong and inspirational. When later on it was being tested. I cannot hate Chen Ying, sometimes jealousy can seep into your heart without you knowing until it festered and started to ooze. Then suddenly you just lose your mind and hurt the people you never meant to.

I felt it when Chen Ying finally texted Xiao Xiao, though later she said it was sent by mistake. But it was a touching scene for me. To get to hear again from the person who was the closest to you. Even though you feel that you are no longer worthy of their love, it gives you strength even for just a little tiny bit. You cherish that in your heart. I am glad they worked it out in the end. A cheerful Chen Ying is more natural to look at. 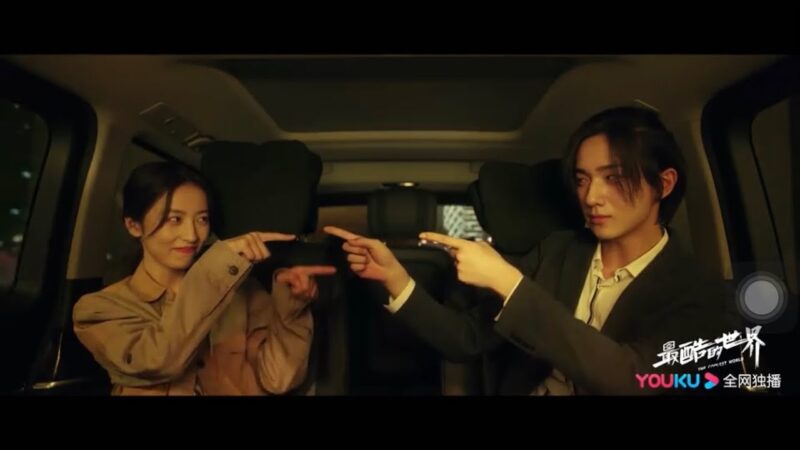 In all honesty, their meet cute was made in Chinese Drama Romcom heaven 😂. But not as cheesy as the usual pattern, which I am grateful for. I love Zhou Yu Tong’s acting as Teng Xiao Xiao when meeting Duan Chong (played by Li Hong Yi 李宏毅) for the first time.

So polite but awkward, honest and not sweet haha, but in so many ways I find her ultra cute here. Actually, I have seen couples with better chemistry. If anything their allure seems to be that they are able to be honestly happy when they are together. And happy people are fun to watch, as simple as that.

This romance story is very intresting to me because I feel it deals with real problems for couples. It is more complicated than just about meeting the right person, it is also about meeting the right version of the person at the right moment in your life. Is it the upgraded version? Or is it still the basic plan version (reads: immature). Because people mature in their own time, and it takes something to happen in their life. So that they will finally grow into the beautiful person they are meant to be.

In the words of Teng Xiao Xiao; Duan Chong is very good to me, other than my dad, only Duan Chong treat me so well, and I am grateful for it.

But when she felt like she had to choose between pursuing her dream or be with Duan Chong. This is where all the dillema comes from. I find it enjoyable to watch because then the drama gets to dissect this topic and I am living for it. I want to know how most people overcome this problem. This is coming from someone who once upon a time also came accross the exact same thing ˙ᵕ˙

I think this is a problem that is more common than most people might think. When you have spent most (if not all) of your life investing a lot of effort, time and heart in the pursuit of your dream. It is not easy to change your course in life for someone. Even when it is the right someone, even when it is exactly the right someone who can support you.

Not everyone is as brave to make that leap. Whether you like it or not, when you are married, things are no longer the same. You have to compromise, worst comes to worst you have to compromise the dream you have been chasing, your life long goal. In that sense, I am able to understand Teng Xiao Xiao when she rejected Duan Chong’s proposal.

Many viewers commented that Xiao Xiao is selfish because Duan Chong is so good to her. But in my opinion, Duan Chong did not understand Xiao Xiao well enough and they just have different goals at that time. No worries though, they worked it out in the end. The Cdrama gave the viewers a sweet little ending for the two of them 😀.

"This drama is unlike one I have ever seen before."The Coolest World Drama Review