Who Rules the World Ending Explained

How do I justify making another post on this Cdrama after it has concluded its run back in May 2022 on WeTV? Hahaha. We know Who Rules The World drama had a happy ending. But to be honest, I just feel the drama with beautiful and talented casts with a happy ending, needs to be discussed more. So, I wrote this Who Rules The World ending explained. But in particular, I want to re-immerse myself in the world where it has Hei Fengxi and Bai Fengxi living their lives in bliss.

Just a warning before hand, if you haven’t finished watching this series, there would be spoilers all over this post (=^ェ^=). And if you want to know my thoughts about this drama, you can read it on Who Rules the World drama review post.

Who Rules the World Ending Explained

Bai Fengxi was badly injured when she destroyed the cannons aimed at her and Hei Fengxi’s army during the battle at Mount Luoying. The resulting blast caused her to barely hang onto her life. Hei Fengxi panicked and brought her to Master Tianji to save her life.

The only way to rescue Bai Fengxi from her grave injuries was for Hei Fengxi to trade his own life using a technique developed by Master Tianji. Bai Fengxi managed to keep her life, but Hei Fengxi was left with only 10 years of his life.

However during the decisive battle at the Imperial City, Hei Fengxi and Bai Fengxi connected their souls to perfect the Sacred Jade Moon technique taught by Master Taiyin, and defeated Yu Wuyuan.

After the battle, both Hei Fengxi and Bai Fengxi left their identities as King and Queen of Yongzhou and Qingzhou. Considering Hei Fengxi only had 10 years of his life left, they just wanted to enjoy their time together as ordinary folks. They basically left the kingdom to Feng Qiwu. 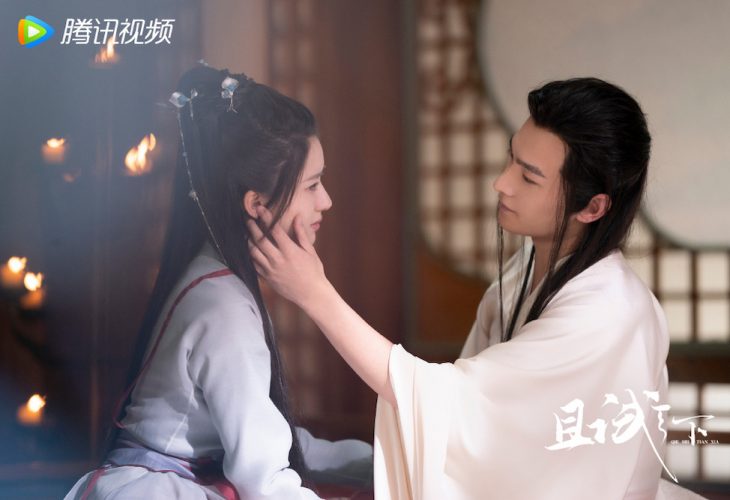 Although he is one of the supporting characters in this story, Huang Chao (and Leon Lai Yi the actor) had a feel like he was another main character. He was handsome, smart, capable, dignified and virtuous. He has the interest of the people at heart. 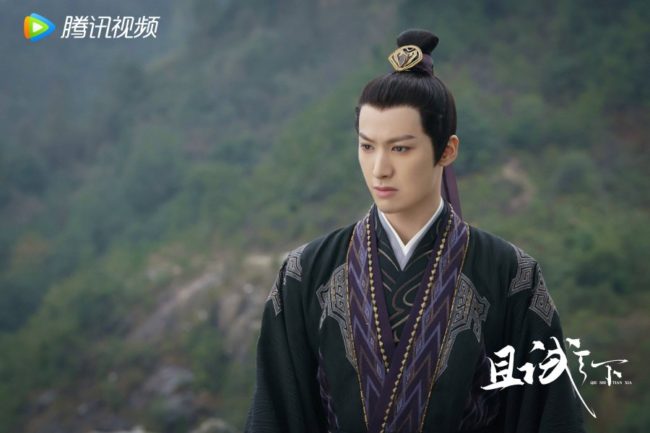 After Yu Wuyuan’s scheme was revealed out in the open, Huang Chao probably sustained the biggest blow. He finally realized how his ambition to be the emperor, which he thought was for the betterment of the country, has caused the suffering of the people.

This snake like character has been lurking around Huang Chao like a parasite. But his plight was actually admirable, but his means were vicious and cruel. Emperor Weilie has been unjust to his Yu family, causing him not being able to live his life in the light.

However, his hatred and vengeance has led him astray. He did not even hesitate to sacrifice the lives of innocent people just to achieve his ambitions, including Huang Chao’s sister Huang Yu. Uughhh such a despicable character. In the end, what he did was not that much different from how Emperor Weilie treated his family.

Even though the series ended happily, my heart still felt like it was twisted when I saw Han Pu died. He took the hit for Bai Fengxi when they were ambushed at Mount Luoying. It really hurts the most when you watch a character grow in front of your eyes from an adorable little boy to an outsanding youth, but then the character died.

Han Pu was a shining character, so young and full of life. He had honorable aspirations but did not have the chance to fulfill them. This heartache was only right to be avenged by Bai Fengxi when she killed Dong Shufang in battle.

In episode 34, Feng Ju’s attempt to force the Emperor to abdicate, failed miserably. Afterwards, all of his and Queen Baili’s schemes were exposed, including that the late Empress Yige was poisoned by her.

It was also during this time that Feng Ju spilled out all of his grievances towards his father, the Emperor. He wasn’t only complaining of how the Emperor has mistreated him, but also how he mistreated all of his other sons! I have to applaud Feng Ju for what he said. It was time for the Emperor to open his eyes.

Related Post:  The Romance of Tiger And Rose Ending Explained

He looked a little old and sad after Feng Ju berated him. It was clear he regretted how he treated his family all this while.

The mother and son duo were severely punished. Baili was given the white silk to end her life, while Feng Ju was stripped off his royal titles and was now a commoner.

Baili seemed to have lost her mind at the end.

Feng Ju, on the other hand, though he now had to live his life as a commoner, he didn’t feel it was all that bad. At least now, he was free from worries. But the instant he saw his mother hanged herself, he became crazy. That was the last we ever saw Feng Ju.

But afterwards, the Emperor’s treatment of his sons became much better.

At the end of the drama, the viewers were given a glimpse of the couple’s ordinary lives together.

In a humble house in the middle of the mountain, Hei Fengxi walked into the kitchen and was greeted by Bai Fengxi who was cooking a simple dish in the kitchen. Her face was covered in soot, but she was in high spirits.
They bicker lightly for a bit, as bickering seems to be their love language. Then the scene ended with the two of them spending the afternoon lovingly, drawing each other’s eyebrows.

And that is how we leave them. With how extraordinary their fates were, the optimistic side of me believes whole heartedly that Hei Fengxi might come across some enchanted mushroom, or magic potion or a falling meteorite or something which will help him to overcome his condition and he is able to live together with Bai Fengxi until well into their golden age.

There you go, I hope you enjoy this Who Rules The World ending explained. If you have something in mind about this drama ending that I haven’t explain, or maybe some questions, you can write it on the comment section below. Thank you.