Animal World is a Chinese action movie, released in 2018. Zheng Kaisi, a struggling young man with low paying job is drowning in millions of dollars worth of debt. In order to pay it off, he attends a mysterious gambling party on a ship called Destiny. If he wins, his debts will be cleared and he will be able to get off the ship, but at the risk of falling into even more debts or forfeiting his life.

Competing with other desperate gamblers, where minor flaws can be used against him in the game, he resorts to using his math skills to win the game.

This movie is based on a manga series called Kaiji by Nobuyuki Fukumoto started in 1996.

By now, I am starting to be convinced that most shows on Netflix are very good and are worth the hype, because it’s another winner with this one. The CGI was done so well that it would definitely make you understand why Michael Douglas was also starring in it. This is a top tier movie.

Although, before today, I don’t think I have ever watched anything by Li Yifeng and I had to google who he was first. But he was pretty cool playing Zheng Kaisi (funny name as it also sounds like the term that means ‘damn it!’), I liked him in the car chasing scene, unexpectedly charming haha. 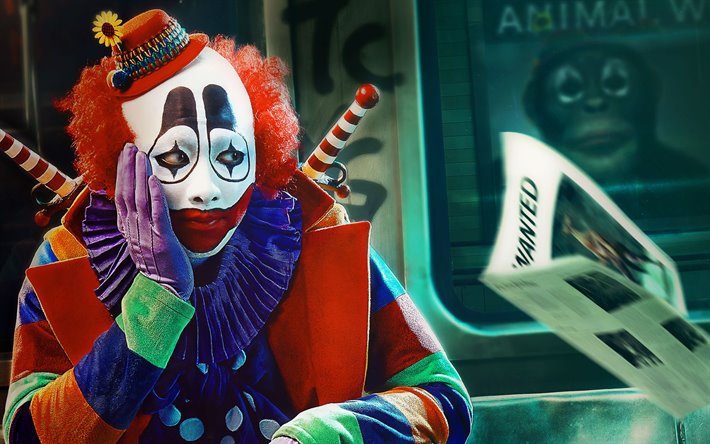 This part and beyond contain spoilers…..

The beginning of the movie was very intriguing. Though it got me thinking why he was dressed as Ronald McDonald. From the scenes and dialogues, I thought this was going to be like one of those superhero movies. No different than the Suicide Squad or something similar where the protagonist turned his handicap into his super power and basically wins the day.

But as it turns out, like he said so plain and clear, he was just crazy. I am kind of a little bit disappointed to be honest, but still enjoyed the movie nevertheless. I mean the plot did say this was going to be about math. Not superheroes, and that is the reason why I gave this movie a try, I love math. 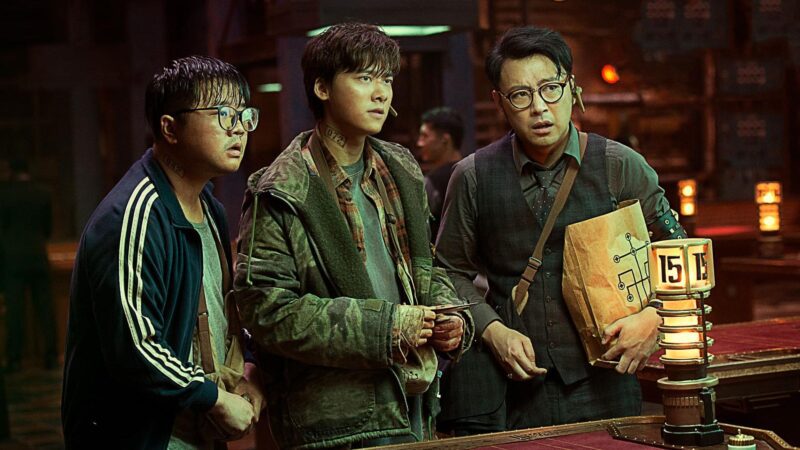 As the movie progressed, it was very reminiscent of the highly popular Korean drama ‘Squid Game’. Desperate people gathered together by a demented diabolical host to play a simple game with the lure of large sums of money. However, instead of for the enjoyment of twisted entertainment for the ridiculously rich, this gambling party was actually designed to trap people to even more debts. Ingenious, and evil. Hence, our hero must utilize his smarts to win the game and get off the ship.

To be honest, the mathematic probability part of this movie made me sleepy. Not gonna lie, though I did say I love math, which I do, but it was exactly the part where I lost interest in this movie. Perhaps it should have been explained differently, more clear and concise. Otherwise, people just felt disinterested and lost. Now I see why we need all those action scenes with the clown in the beginning. Otherwise, this movie will be so dull, and I will be talking and laughing about it for a completely different reason!

Having said that, this movie was still very enjoyable, with an intelligent twist and relatable moral message. Our hero has had it rough his entire life, not to mention also endured a traumatic tragedy that left him mentally disturbed to boot. But what I love about this movie is that, though his imagination was filled with all kinds of violence and retaliation fantasies to those who did him wrong. In real life he chose to still be human in this cruel animal world.

He chose his sanity and moral integrity, and kept the animal in him in check. That was another slap in the faces of the other gamblers, who were seemingly better people than he was. But they chose to actually follow their animal instincts and behaved in ways very appropriate to how Zheng Kaisi saw them in his mind. Cruel, ruthless monsters. I have to add that I really enjoyed Su Ke’s performance as Zhang Jingkun.

He was the right kind of villain that everyone loves to hate. His character took advantage of people’s trust, vulnerability and whatever kindness they had left. A despicable character indeed and though it was satisfying to see Zheng Kaisi humiliated him. I personally thought it would be even better if he had received a more gruesome fate. I hope he will make a re appearance in Animal World 2 (confirmed but release date not announced yet). Some of The Verdicts

Although I have never heard of Li Yifeng before this, I have always enjoyed Zhou Dong Yu’s performance. She’s always so brilliant. In this movie, however, she was only a guest star so she did not have a lot of screen time. Even so, I still loved the scene where Zheng Kaisi was saying goodbye to her before boarding the ship. And then she looked at him desperately not wanting for him to leave.

Her facial expression, her eyes, her body language. Everything about her performance in that moment touched my heart and I felt her anguish and urgency. She is definitely one of my favorite actresses. I have yet to finish Ancient Love Poetry, I will share it here when I do.

"The CGI was done so well. This is a top tier movie."Animal World Movie Review