The Yin-Yang Master was a Chinese action movie, released in 2020. When a demonic serpent reawakens, the Yin-Yang Masters must solve a murder mystery and protect their realms from a dark conspiracy at the royal court.

So at first glance, this was looking out to be a tough battle to me. However, after having watched both movies, I cannot even remember what The Yinyang Master was about although I watched this one last. Needless to say, I think Dream of Eternity is far better in my opinion. But I’m not going to make a comparison of both movies here because there are many who think the opposite, hence I think it all comes down to taste.

Having said that, I think it is also worth mentioning as additional entertaining information that Dream of Eternity was adapted from Onmyōji written by Baku Yumemakura while The Yinyang Master was based on the RPG game that was based on the same novel. I never read the novel nor played the game so I cannot say for sure if the stories between those are the same or not but for these two movies, they are telling different storylines.

Things I Love The More

Another interesting information about Dream of Eternity is that around the time the movie was released the writer-director of the movie, Guo Jingming, was caught in a plagiarism scandal for his novel which was written in the early 2000s. He was then made to apologize and long story short, Dream of Eternity was pulled out of the cinema which makes me feel sad because I think good movies deserve their due commercial accomplishments. 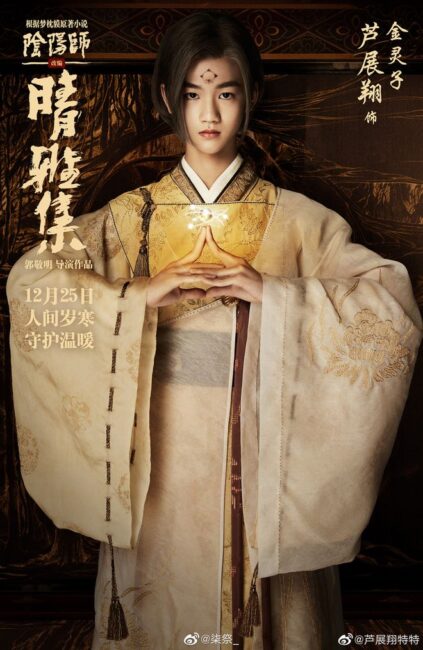 From the start, this movie already started off big, grabbing my attention and emotion with its epic battle between the master and the demonic serpent. This is the only movie I have ever watched, where I shed a tear for a character I barely knew. I mean when the golden spirit knew they were in big trouble and the master was hurt, he bid farewell and just jumped straight into the serpent’s mouth. Felt that.

I only knew the character for only about five seconds, but what he did was so courageous and the words that were said was so heartfelt that I felt onions stinging my eyes. That is incredible story telling. In just those short sentences, it sort of summed up the relationship and the deep emotion between master and demon servant to me.

This was one of the movie highlights. A significant contributing reason why I liked it so much and watched this one again, after having watched The Yinyang Master. Sort of like cleansing my eyes haha sorry..

You can tell the high quality of Dream of Eternity right off the bat. Not only were the special effect scenes top notch, but the costumes were beautiful and meticulously made. I could not keep my eyes off the fine details of each one. On top of that, I am also happy to report that although the characters were fighting hard, not a strand of hair was left out of place, which was odd and unrealistic for sure, but it was truly a feast for the eyes. 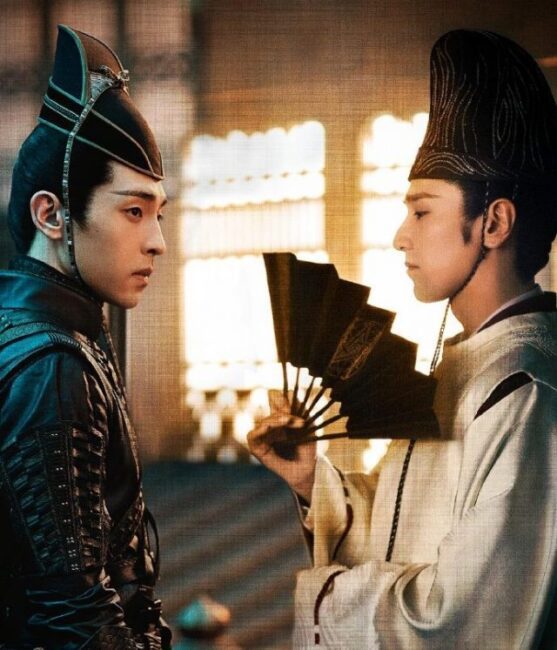 Another reason why this movie was really worth the praises was the deep friendship shared between the main characters Qing Ming and Boya. They came from very opposite backgrounds and had every right to hate each other, but instead they grew to respect each other and trust one another with their lives.

I had major goosebumps when Boya was willing to sacrifice himself to awaken the guardian to block the city and then he reappeared to help Qing Ming slay the demon serpent. It was a very epic scene, and Deng Lun was topless hahaha, that was a valid cause for rejoice, right?

Although I have to say, the ending scene made me question whether this novel was a Boy’s Love novel, but Google said ‘no’.

Some of The Acts

Both Mark Chao and Deng Lun are incredible actors but I especially love Mark Chao’s solid performance here. The movies I have watched of him previously were the ones where he was always portrayed as the cold, distant, unfriendly type. But Qing Ming was a carefree and at times even a vulgar character and he was able to pull it off convincingly as well.

My favorite scenes of him were the ones when he was with his teacher; his dismayed look when he realized his inadequacy caused the teacher’s calamity and when he had to say his final goodbyes to him. They were heart wrenching moments that pulled you in. 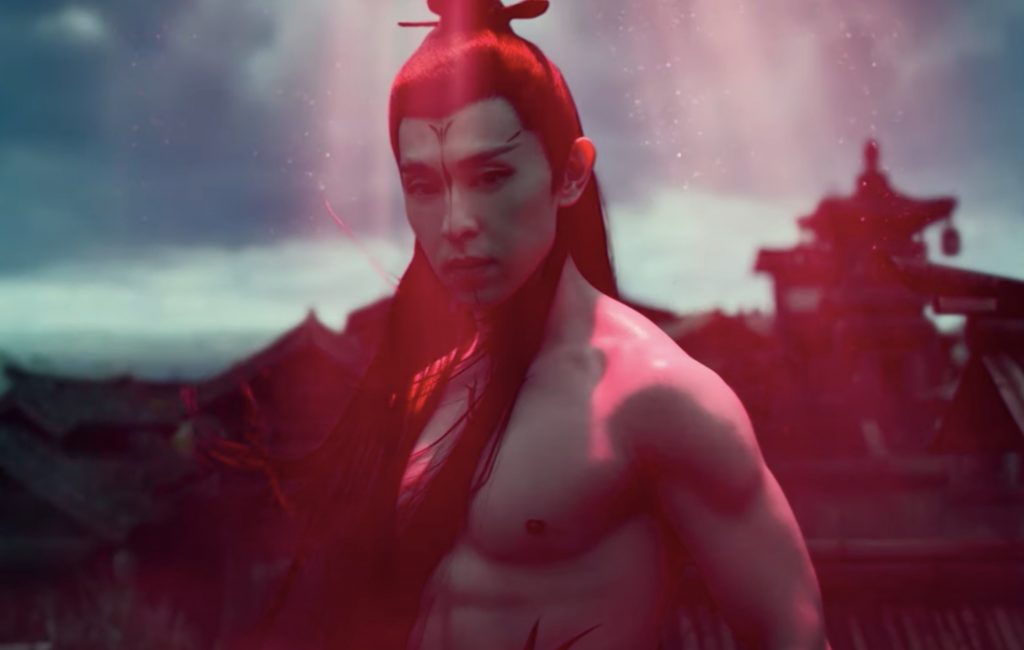 I cannot say I have watched anything of Deng Lun’s, not even the highly praised Ashes of Love. He played the character very well here, but there wasn’t any particular moment that stood out for me in this one except perhaps the fighting scenes with the demon serpent which was highly entertaining…..and he was looking like that! Nevertheless, I think I will keep a look out for more of his dramas and movies. 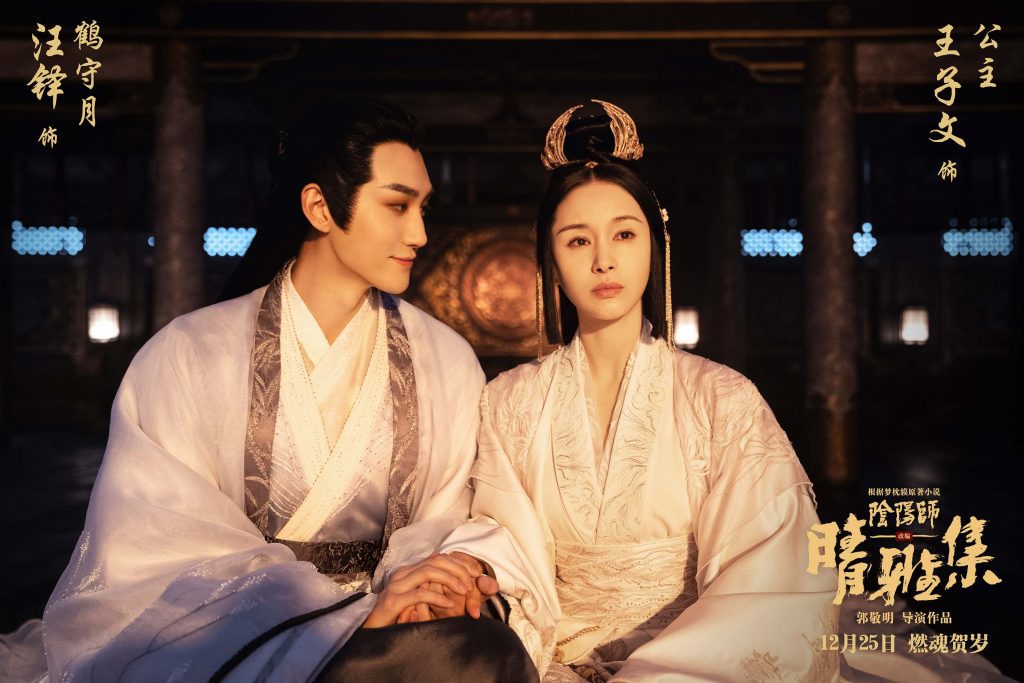 I think it is safe to say that the love story in this movie is one of the heart breaking ones I have ever seen.

The princess’ longing was never ending and until the end, it remains as a dream for her. This picture is perfect to describe it by the way. Her life’s purpose never included love and never included her living her life. When she decided to be the vessel for the demon serpent, all else stops right at that moment. She knew this but when she met master Zhong Xing, she can’t help but be tempted.

It would be nice to know how this happened because master Zhong Xing was not the first man who fell in love with her (as we can tell from the hair demon’s confession). Certainly not the first man she had ever encountered in her life, but I am actually very interested to see this part of the story.

Both the princess and master Zhong Xing were not ordinary people, they both had special status, with the princess’ being more than the other. So it would be interesting to see how both of their unique experiences in life shape their perception of love and what gesture would move their hearts. Am I the only who’s curious??

Another terrific performance that captured my heart was the princess played by Wang Ziwen. I think her scene where she was angrily banging at the invisible barrier, that separated her from master Zhong Xing, was one of the top scenes from this movie that I will think about for a good long while. The first time I saw her as Qu Xiaoxiao in Ode to Joy, her character was not my favorite one but she still delivered.

I don’t know what it was, maybe it was because Qu Xiaoxiao acted cutesy sometimes in a way that I just do not want to resonate with haha, or maybe she just didn’t look good with bangs. Her performance here, however, far out shined Qu Xiaoxiao.

It gives me chills just looking at the stills of it! 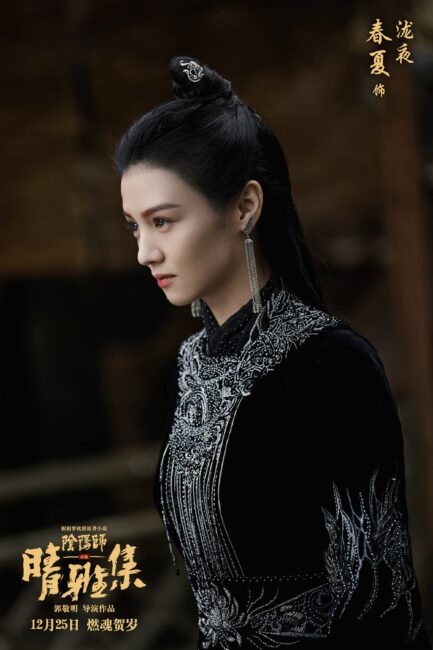 By the end of the movie, viewers were treated with a little bonus scene that suggested a sequel is on the horizon. However, with all this plagiarism scandal going on involving the director Guo Jingming, I see a lot of comments saying that the sequel may not happen. I hope we would still be able to see it even if it is delayed. If it is looking anything like Dream of Eternity, I am looking forward to it.