Guan Ning has been living in despair. For 6 years, he’s been living as a nomad whilst looking for traces of Tangerine, his only daughter whose been kidnapped by human traffickers. One day, a woman suddenly appear when he was in a dire state. She asked him to assassinate a novelist in exchange for information about his missing daughter.

At the same time, the hero in the book has decided to assassinate the villain as revenge for his sister’s death. Real-life and fantasy began to intertwine and affect real life. Will Guan Ning be able to accomplish the mission?

I was excited to see Yang Mi and Hewei Yu on the cast list. The last time I saw Yang Mi was in The Legend of Fu Yao. And Hewei Yu was doing a great job as a traitorous father on The Rebel Princess. This is my first time watching Lei Jiayin, but his acting was good and I should watch his other movies. 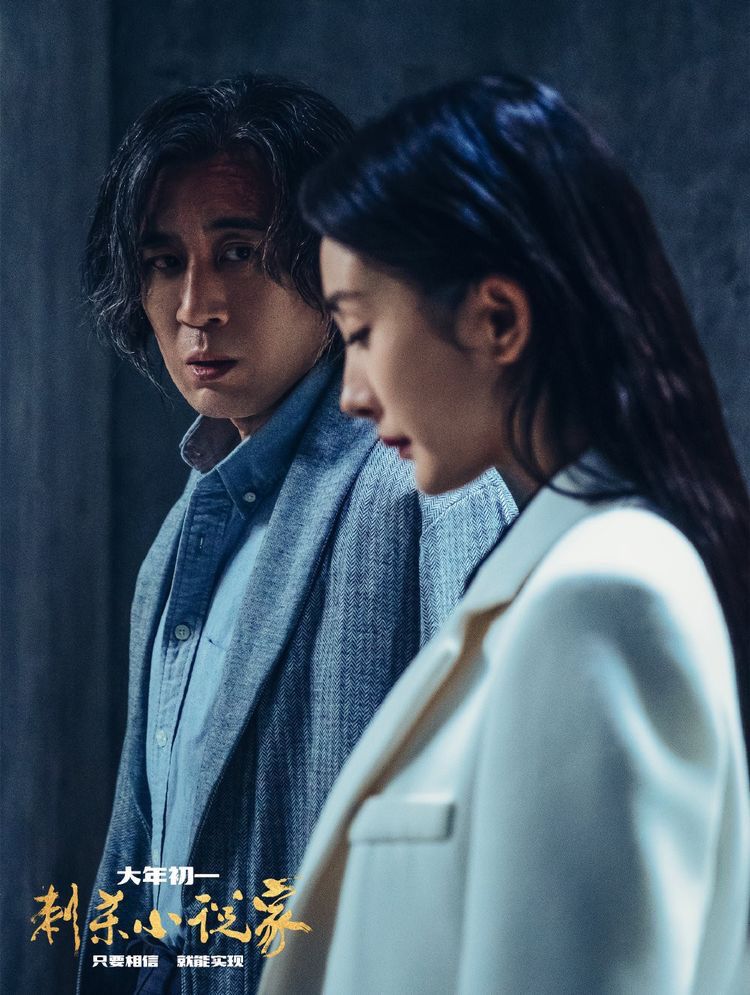 The Visual Effect is Crazy!

A Writer’s Odyssey is not my cup of tea. I prefer to watch a romance movie to an action-fantasy-mystery movie. But this movie has its own charm. Although I’m not fond of its story plot, the cinematography is great.

The visual effects are cutting edge and the set is stunning.

It gives you a mix of Lord of The Rings and Pirates of the Caribbean vibes. The villain was portrayed as a giant monster with 4 limbs and a group of crimson warriors (complete with eye-catching crimson armor) as his guards. 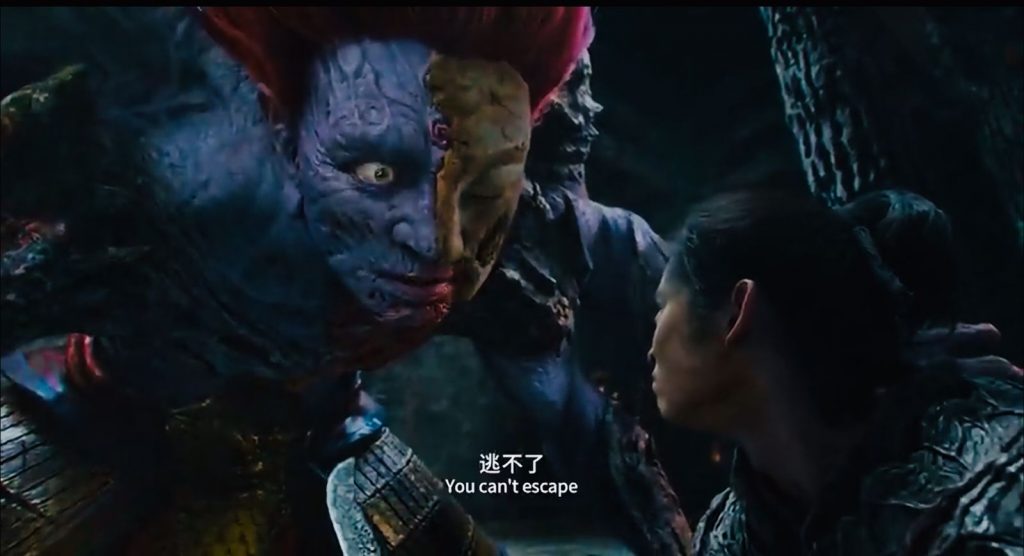 The alternate world where Kongwen the young warrior lives was breathtakingly stunning. The painstaking attention to detailed CGI clearly shows a lot of work has been done to elevate the quality of this movie. I was holding my breath to watch this movie. It’s too bad I’m watching it on my 9,7 inch iPad and not on the giant screen of a movie theatre.

I had two favorite scenes. The first is the dragon lantern scene and the second is the scene where Kongwen fights Lord Redmane.

Both scenes stunned me.. 😍😍

The Story is Meh!

Nothing is perfect in this world, and nor was the movie world. Sometimes you met a great story plot but poor cinematography and sometimes it’s the opposite.

A Writer’s Odyssey gives you a feast for the eye, but not with the story.

There were many loopholes and the writer didn’t give a detailed story about our characters.

Related Post:  She And Her Perfect Husband Drama Review 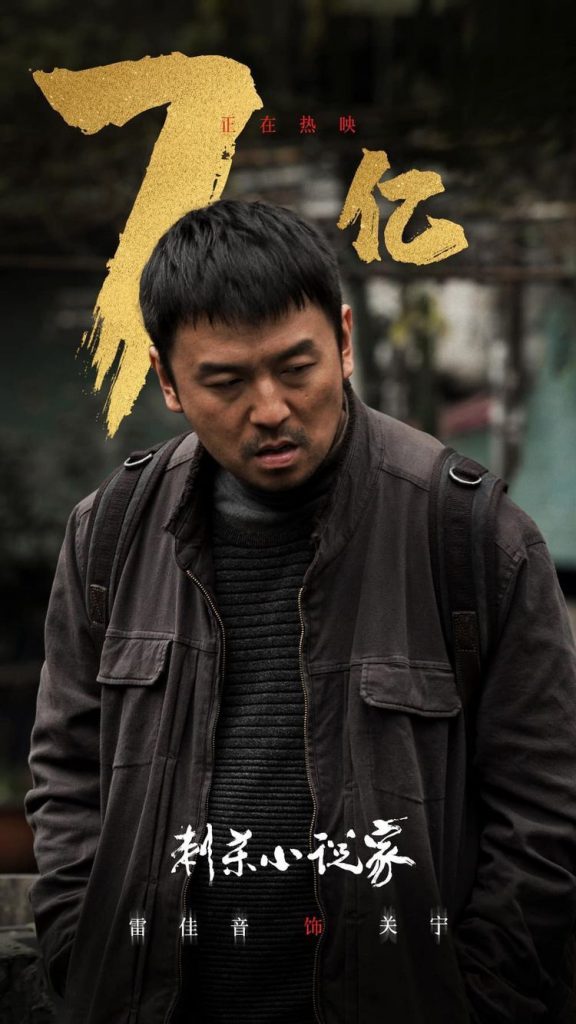 The story starts with Guan Ning camping in the open air, waiting for the human trafficker truck to pass by. He shows his superpower as it were an unusual power and accuracy when throwing a rock into the truck. The rock went in a perfect curve with a speed of a bullet, smashing the truck. The truck hit the rock wall before it stopped.

His superpower becomes the reason why Li Mu, the Aladdin Group owner, asks him to assassinate Lu Kongwen, the novelist who wrote the installment “Godslayer”. But the truth is, it’s not the sole reason why he needs Guan Ning to be the killer.

At first, Tu Ling didn’t agree with Li Mu’s decision. She hates Guan Ning for her personal grudge because she was abandoned by her parents when she was a child. Therefore, Tu Ling hates Guan Ning as a parent who let his child be lost. Tu Ling finally understands why Li Mu was bent on having Guang Ning kill Lu Kongwen. She abandoned Li Mu and decided to help Guan Ning instead.

A Bit of Explanation Will Be Good

There are so many things that need explanation, such as where does Lu Kongwen got his powers to bring the story into real life? And why is Redmane connected to Li Mu? And in the last fighting scene, Guan Ning writes his own story to help his daughter. How could it be possible? Is there any grand scheme behind all of this story?

Too many questions need to be answered, but unfortunately, things remain unknown in the end. 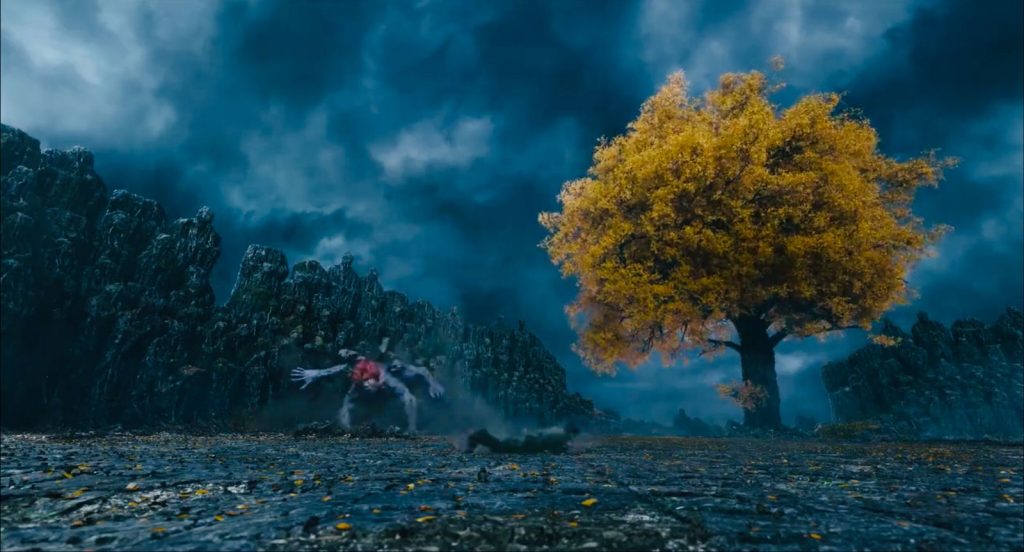 And it’s the same thing with the alternate universe where Kongwen, the young warrior, lives. The backstory was not clear enough. Kongwen was bent on taking revenge on his sister’s death. He decides to neglect his sister’s plea before her death, and goes to look for Redmane, a demonic ruler who ruled the Ranliang Kingdom. Redmane brings terror to the inhabitants using his group of terrifying crimson armored warriors who kill everyone who stays outside after dark.

Some of the backstory was revealed later, such as the reason why Redmane became a ruler.

But most of them remain unanswered questions.

Why doesn’t Kwongwen know that his father is Jiutian, once a friend and a person whose Redmane feared? And why did his sister not tell him anything about it? Does she also clueless about the fact? And the story about little Tangerine’s flute also remains a mystery. 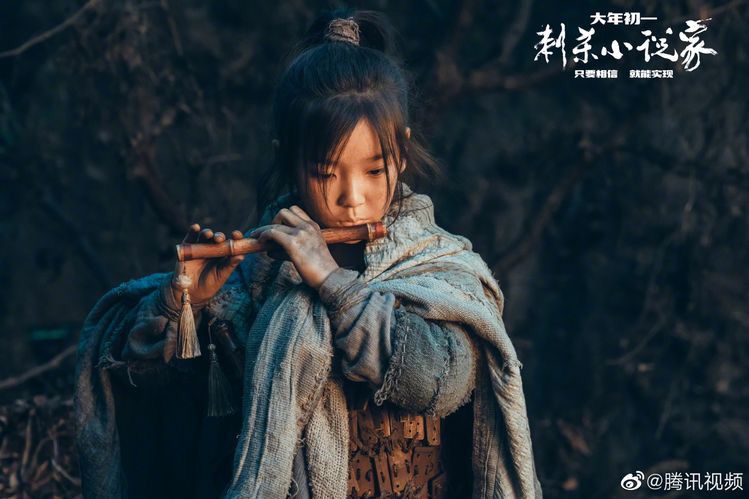 And in the end, does Tangerine already die, or is it just a lie of the human trafficker?

There were so many questions about the story…

And after 2 hours of watching this movie, I’m not sure whether I understand the whole situation or not. 😣😣

Related Post:  She and Her Perfect Husband Ending Explained

So, Here’s My Conclusion

There wasn’t much thing to say about this movie, since this is really not my cup of tea. But, I’m still going to give it a two thumbs up… ONLY for the visual effect. 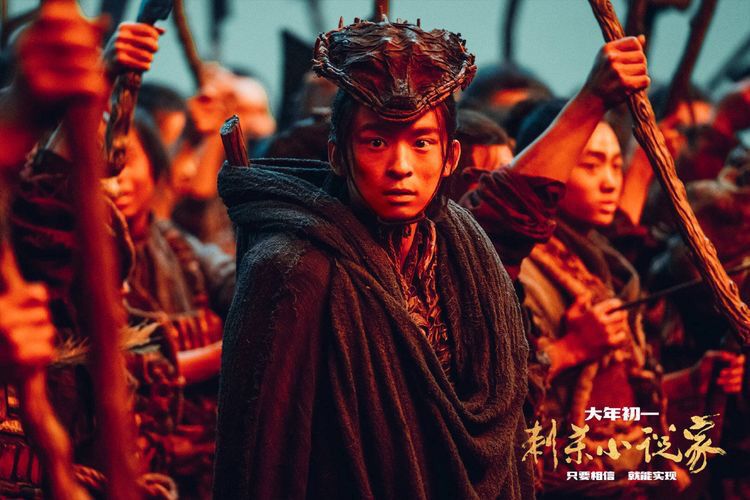 If you are into a fantasy-action-mystery movie, you may go for it. Remember that this movie deserves to be watched on a big screen with a good sound system. Well, as for me… I think I’ll stick to romantic ones..😁

"It gives you a mix of Lord of The Rings and Pirates of the Caribbean vibes."A Writer‘s Odyssey Movie Review