Oversize Love was a Chinese comedy movie released in 2020. The story was about Han Bing, who used to be an obese kid and he was the target of bullying at elementary school. Lin Xiaoxi, is a kind girl who always stands up for him and helps him during those hard times. Hence, they become bosom friends for many years.

When they grow up, the situation changes. Xiaoxi has become the overweight person, and Han Bing is the slim one. Xiaoxi always wanted to lose weight. But she cannot resist the temptation of good food and she cannot endure physical exercise. Her obsession grows bigger when she falls in love with a playboy singer, Huang Ke. With the help of a magic potion called Dream Fixer which can instantly make her lose weight, Xiaoxi transformed into beauty named Alice. Meanwhile, out of his jealousy, Han Bing repeatedly blocks her attempts to get together with Huang Ke.

Xiaoxi had no idea that there was a price for the magic potion. Will she realize that the one who always stays beside her is the one that must pay for it? Or is it too late to fix it when she realizes she has lost everything that she cherished the most? 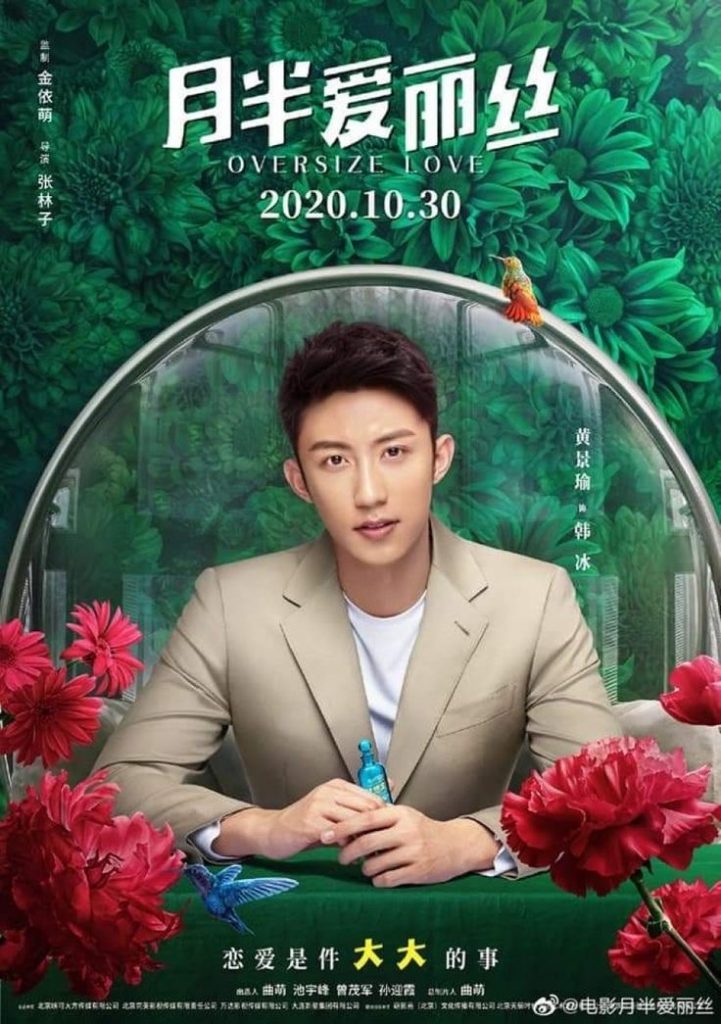 Yaaayy! It’s a Johnny Huang movie, readers! I am so excited about watching the movie. Johnny looks sooo alluring on the posters. So, I prepare my snacks, delete my schedule, feed my cats, and prepare for a good show.. 😆😆😆

When I am searching for another drama or movie to watch, I always feel like I am back to my younger me at the supermarket, staring at the shelves and cannot decide which snack to choose. Just like today… Feeling excited and confused at the same time, I searched the Viki list and ended up clicking Oversize Love, just because there was Johnny Huang on the poster.

In this movie, Johnny Huang was paired with the lovely Guan Xiaotong. They made a cute couple together. Johnny’s character is Han Bing, a famous musician who writes songs for singers. Han Bing used to be an overweight kid when he was in elementary school. His friends used to bully him by adding plenty of rice to his lunch tray, making him eat all the rice, and calling him a pig. Lin Xiaoxi (Guan Xiaotong) always helps him by eating half of his lunch. I don’t know why they have to eat all the food. Perhaps their school has a rule that forbids children to waste their lunch 🤷‍♀️.

After that, they become bosom friends. They make friendships throughout their youth up until they become adults. A friend of theirs even said that they were always together, just like a conjoined twin.

I love to see Johnny Huang on screen, he’s quite a good actor and I like him in this kind of rom-com movie. Although, sometimes his role is too good to be true, don’t we all need some fantasy in life, right? 😆.

Guan Xiaotong has also done a good job as Xiaoxi. She can portray her insecurity even under a silicon mask. To be the overweight Xiaoxi, Xiaotong has to use a silicon mask to cover her face and neck. I thought they used some kind of filter to make her face wrinkle-free… it turns out the silicon mask doesn’t have any wrinkles, except one under the chin. Probably the make-up artist should draw some wrinkles or smile lines on the mask to make it more realistic. 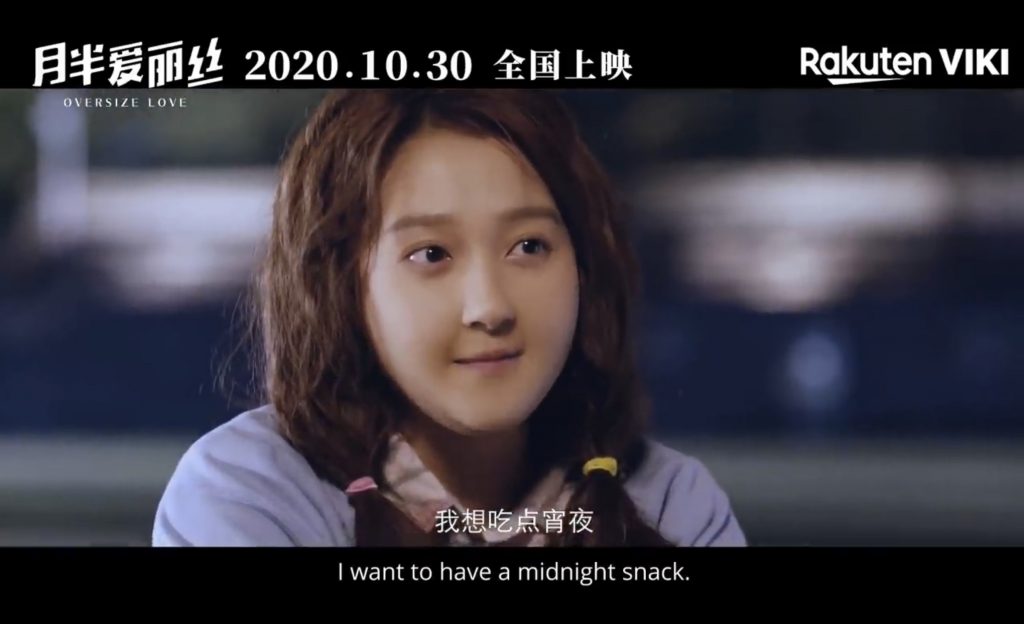 Therefore, for the lack of expression, I prefer to see Xiaotong as Alice (the thin Xiaoxi) more than Xiaotong as Xiaoxi. Her crying scene is ugly, but it really fits Xiaoxi’s character. You can see the remorse displayed clearly on her face.

The Chemistry Between Them

Johnny and Xiaotong have good chemistry, not a great one, but it was enough to make us viewers believe them as real bosom friends. But in my humble opinion, their best moments are when Han Bing hangs out with the overweight Xiaotong. When she becomes Alice, I can’t feel the same chemistry around them.

Let’s not forget to talk about Darren Chen. I feel a little reluctant to write about his character because his narcissistic demeanor is killing me… Huang Ke is a famous singer, not only for his voice but also for his looks. He’s a playboy and loves himself more than anybody else and he thinks that everybody deserves to like him. So when he met the jealous Han Bing, it was hilarious. Darren plays his part really well. 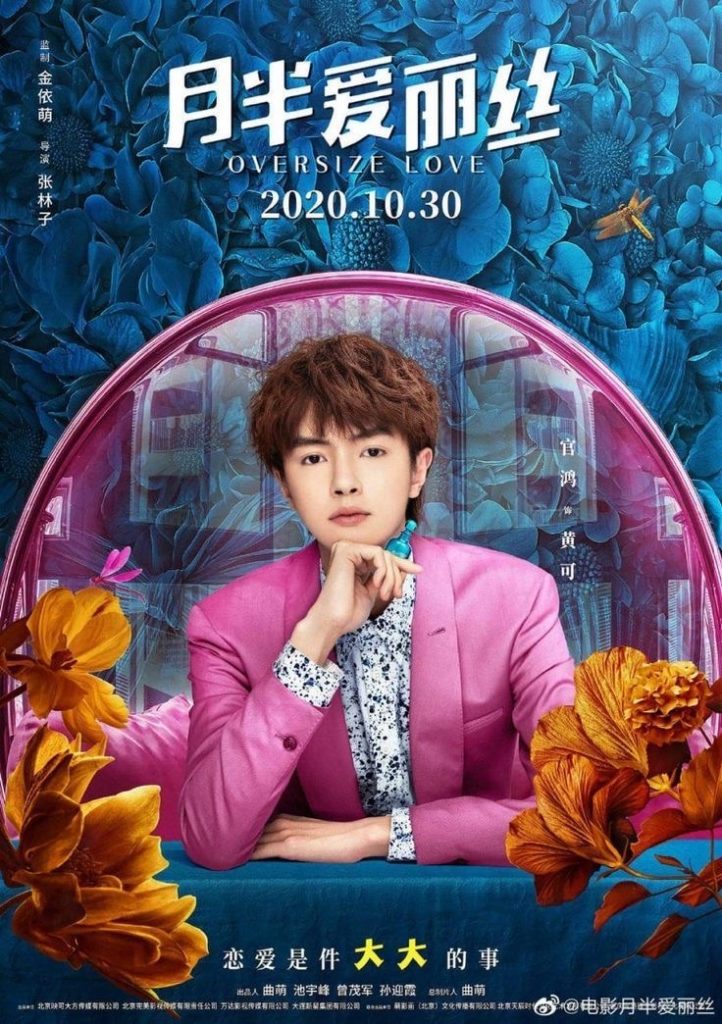 Xiaoxi wants to be thin because she works as a fashion photographer. As you can read on every social media or news platform, the Chinese beauty standard is zero-sized women. The media prefer extremely thin models. I guess this issue is the one that the writer wants to expose. Because it was not realistic at all. People sometimes need to go the extra mile to become thin. Han Bing was furious when he saw Alice for the first time. He thought that Xiaoxi had undergone plastic surgery.

When Han Bing told Alice his feelings about Xiaoxi, it was a beautiful message about body positivity. He prefers to have Xiaoxi as herself because he can see the beauty and kindness inside her. He didn’t care if she was an overweight person, he even stated that he liked her when she was happily eating because it made him happy too. Isn’t it nice to have someone who looks at us and accepts us for whatever we are? And if that certain someone is as hot as Johnny, that would be a bonus…

Back to The Issues!

To have someone who can accept us for whoever we are is a good thing. But in Xiaoxi’s case, the acceptance that she longs for is not from the one she loves, but from herself. She can’t love herself, hence, she fails to see the love of the people around her. She lacks self-acceptance, so when she becomes Alice, she still carries her insecurities with her. 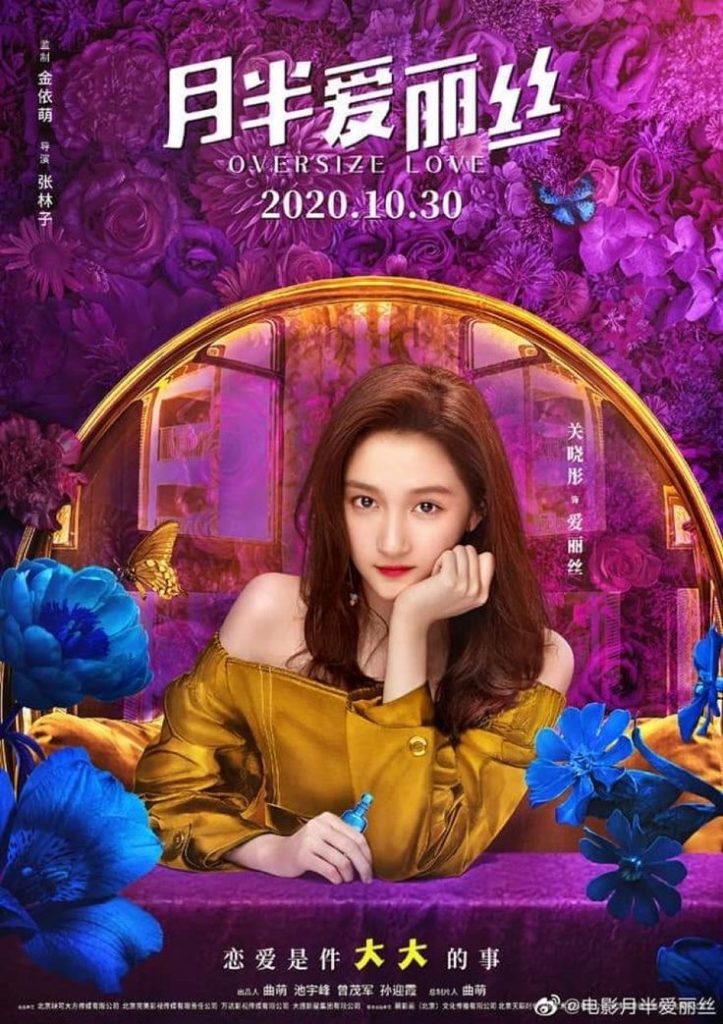 Aside from self-acceptance and inner beauty, another message to convey is that physical beauty is momentary. Xiaoxi’s changes happened because of a potion named Dream Fixer. It can transform her physical looks into something that she wished for, but it’s not permanent. She will transform back into her old self after 10 hours.

For the sake of becoming Huang Ke’s lover, Xiaoxi drinks the potion and becomes Alice. But he liked her only because of her appearance. And his affection for her lasted for a short moment during their time filming the MV. After that, he abandoned her and chose another pretty face as his girlfriend. On the other hand, Han Bing, who loved her kindness, stayed loyal for many years.

Oversize Love has adapted some parts of Alice in Wonderland. I’d already guessed it when a white rabbit suddenly appeared and Xiaoxi fell off the floor and landed in an upside-down room, just like Alice. The mad hatter and the potion scene also became a part of this movie.

Xiaoxi was guided by the white rabbit into an abandoned house where she met the mad hatter, who appeared to be the same white rabbit, and received a bottle of potion that could grant her biggest wishes. Xiaoxi accepts the bottle but she fails to understand the mad hatter’s warning that the Dream Fixer has a price that she must pay. Therefore, when she wished for a permanent Dream Fixer, she had no idea that the price was Han Bing’s memories of her.

Seriously Mr. Writer? When we teach children not to speak to strangers, an adult such as Xiaoxi was brave enough to drink a weird potion given by a crazy stranger from a magical world. Where is the logic of that? 😩.

The Ending is Not Satisfactory

Han Bing and Xiaoxi have a happy ending. But it feels too rushed. The story itself is quite fast-paced. But I was expecting a more elaborate ending. And I want to see Johnny in a silicon mask too… 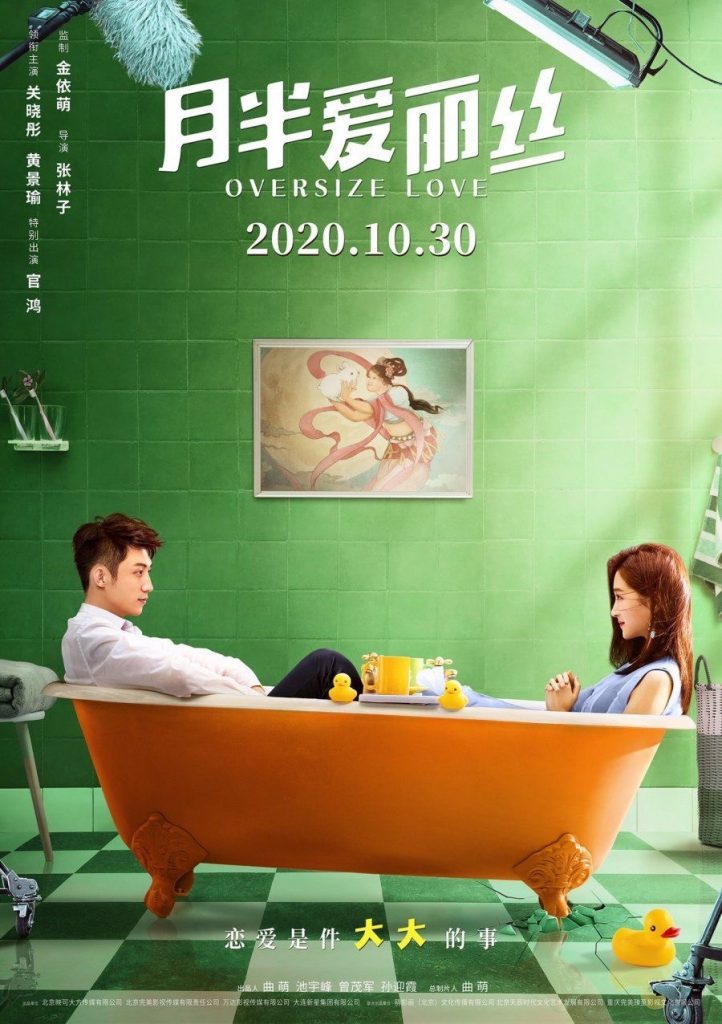 Oversize Love is a good movie with a powerful message about body positivity, self-acceptance, and reminds us that physical beauty is momentary, but inner beauty lasts longer. Even though the story itself was not too satisfactory, I still recommend this movie. There was a lesson inside it that we all needed to learn: We are all beautiful no matter how we look.

"Even though the story itself was not too satisfactory, I still recommend this movie"Oversize Love Movie Reviews