Joy of Life is a Chinese drama released in 2019 with total episodes of 46. The story revolves around the character Fan Xian. Mysterious and intriguing life journey we follow since he was a newborn. Fan Xian is a child born out of wedlock, and having high-profile parents. He had to spend the first part of his young life with his grandmother in a small town by the sea.

What is curious about Fan Xian is he was born into the ancient empire of Southern Qing with memories of the 21st century. He is also taught and well protected by a mysterious martial arts Grand Master. In addition to receiving training in medicine and the art of poison making by an eccentric poison master.

One day he suffered an assassination attempt orchestrated by someone in the capital city. Though it did not succeed, it made him decide to go to the capital city. With the mission to uncover the truth surrounding his mother’s demise and his origin. The reason why he has memories of the modern era. In the capital, he meets Lin Wan’er, the woman who is bethrothed to him by the emperor.

By marrying Lin Wan’er, Fan Xian will be the new overseer of the Royal Treasury, Thus inviting jealousy and unwanted attention from certain people of power. This is only the beginning of his predicament.

Fan Xian, whose life goal is to simply enjoy life and not worry about getting involved in the rat race. Instead gets entangled in the intrigues by the emperor and his royal family. This causes him to rethink his true life goals. Should he stay on track with his original intention of enjoying life, or stand up and make a difference in the lives of the people he cares about and the world.

It has been a while since I watched anything so fantastic. I have nothing bad to say about this drama, except for the fact that I really cannot wait for season 2! The storyline is superb, which makes me want to jump into the actual novel in Chinese (which I am currently doing).

Plot is also interesting, the performance is excellent and the production quality really leaves nothing for me to complain about. The world that this drama creates comes out as believable, especially the palaces. Majestic and magnificent yet serene, plus the costumes and make up are terriffic.

The costumes are beautiful with intricate details, exquisite when worn, and the make up is flawless. Not as in it seems fake, but it makes the complexion of the actors looks real but pleasing to the eyes. Nothing was out of place or sticks out like a sore thumb, plus with my obsession with attention to details sometimes, I am happy to report that all the eye liners and eye brows are perfectly drawn ❤（っ＾▿＾）

The drama consists of 46 episodes in total, but everything moves quickly along and there is certainly no filler episode, which I really appreciate. From the very first episode I was already hooked. There is a perfect balance of comedy and mystery in the plot. And what I enjoy the most is the humorous elements found in the witty (I think) dialogues in addition to some slight slapstic humor here and there.

The delivery is perfect, even by the more ‘serious’ actors.

I wouldn’t have guessed it from the trailer, promotion pictures or even theme song and opening credit, how hilarious this drama is.

Another point I thoroughly enjoy in this drama is the creativity of the storyline, how unpredictable it is. Out of all 46 episodes, I was only able to guess one thing correctly. But now thinking back, the clue was probably meant for the audience to guess or suspect it from the beginning anyway. Comparing this with anything else I have watched recently, no matter how enjoyable, the storyline was almost always predictable. The surprise element is thus…..not surprising ( ͡👁️ ͜ʖ ͡👁️)

I have to say though if you are watching this because of Xiao Zhan (played a charming doctor in The Oath of Love drama, he plays a minor role. He will only appear after 40 plus episodes, so that will be disappointing for you. Though having said that, the drama itself was never boring and always engaging. And I was always at the edge of my seat, excited with what will come next. I implore you, this one is a definite must-watch on your list!

These Are Things I Am Excited to Share About This Drama 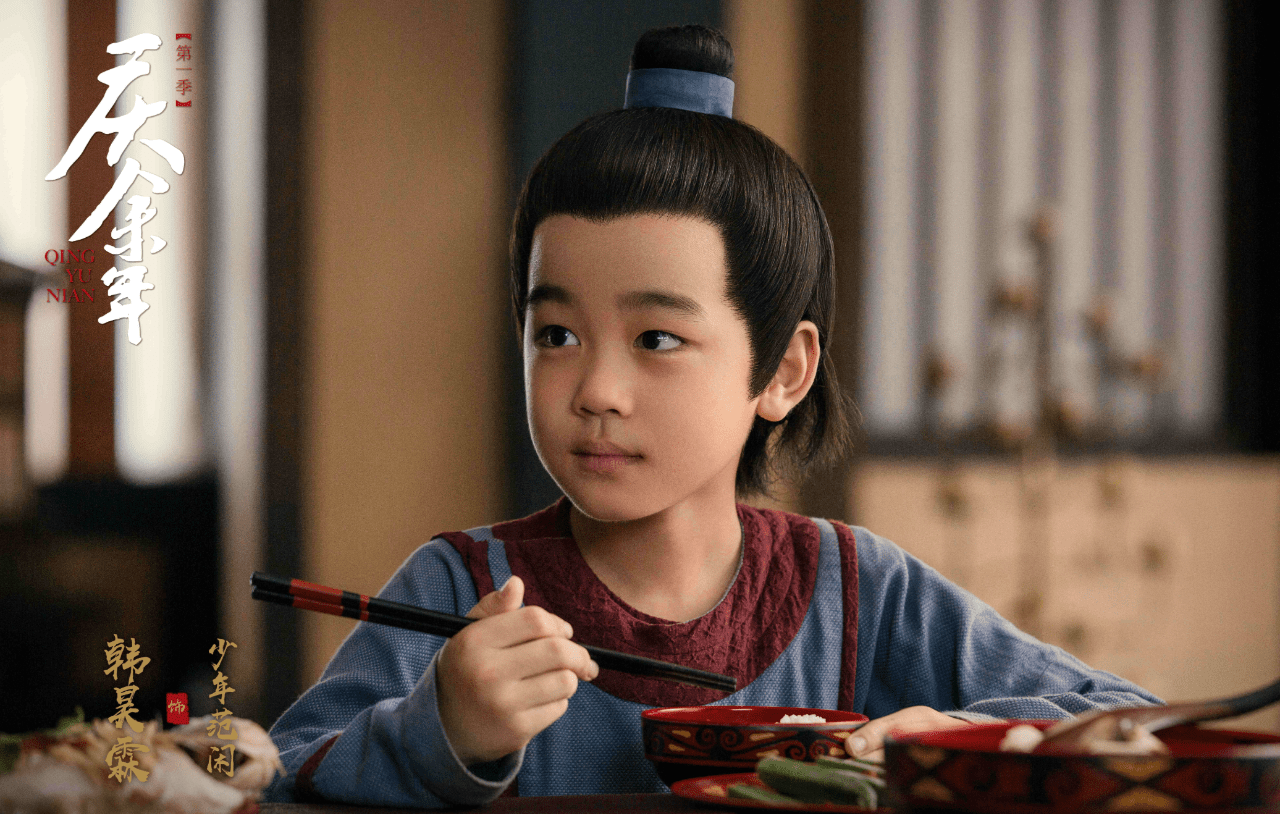 The story begins when Fan Xian 范闲 was only a small talented little seedling. How he spends his daily life, what he likes to do, if he has any aspiration about him. Any ambition and also how he is being treated in the family, with him being an illegitimate son and all. He was well loved and protected, though not so obvious in the beginning, very sweet scenes I think.

One of the most memorable moments for me was when young Fan Xian learnt the art of medicine and poison making, and he had taken the wrong antidote which caused him to spray blood from his nose. Hahahahaha brilliant! Stephen Chow will be proud.

The adventures during his childhood years was very well played by Han Haolin 韩昊霖, I think I’m a fan. How can someone so young be so crazy talented?! Since Fan Xian was only a baby, he already has this weird consciousness of someone who had lived his whole life in the 21st century. Han Haolin plays this character well, wise with just the right amount of childishness about him. His performance was the biggest draw for me to continue watching this drama.

On the internet people say he’s baby Jimin hahaha….now I cannot unsee that.

The story gets even more interesting when Fan Xian went to the capital and finally meets his father and stepmother. Liu Ruyu 柳如玉 as the stepmother, is played very elegantly by Zhao Ke 赵柯. Her confidence and guile is just how a stepmother should be(ᗒ ᗨᗕ)

What supposed to be scenes filled with conniving intrigues, turned delightfully comical with hilarious dialogues. Each time a character is proven innocent, it was also in a way that exposes the person in question’s short comings. The faces made by the characters make me chuckle every single time.

There Was Quite A Number of Antagonists

If not all, who turns out to be so endearing here, which makes me appreciate this drama more.

I don’t think there is anyone here that is truly evil. Infact characters like Zhu Ge 朱格, Shen Zhong 沈重. Even Xiao En肖恩 did what they did because they were patriotic and true to their words. I felt sad when Xiao En perished, without knowing the truth, though my heart also broke when Teng Zi Jing 滕梓荆 died.

Although I have not read the novel which this drama is based on. But I have seen people mention on the internet that it is a harem story. In which Fan Xian marries almost all the ladies that come across his path(˃̣̣̥‿˂̣̣̥) is this true…? 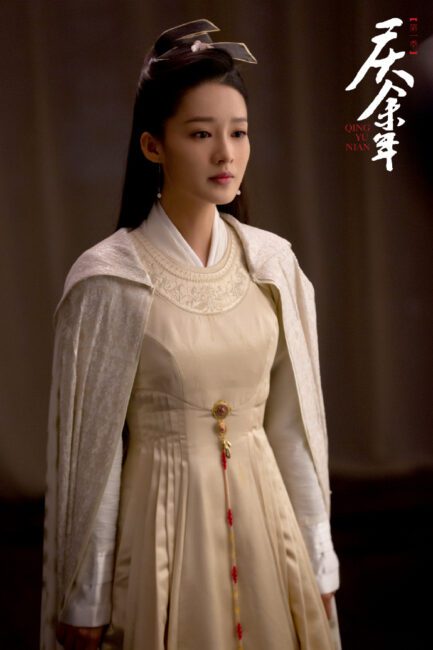 Thankfully the drama takes a different approach where Fan Xian is depicted as someone loyal only to Lin Wan’er 林婉儿, played by Li Qin 李沁. The drama is not really a romance drama. But there are sprinkle of romance here and there, which I think is cute and interesting. The kind that is heartwarming and innocent. Not the kind that makes your heart race and makes you want to bite your lips in anticipation of the steamy scenes that are unfolding (the guilty pleasure kind muaahaha). 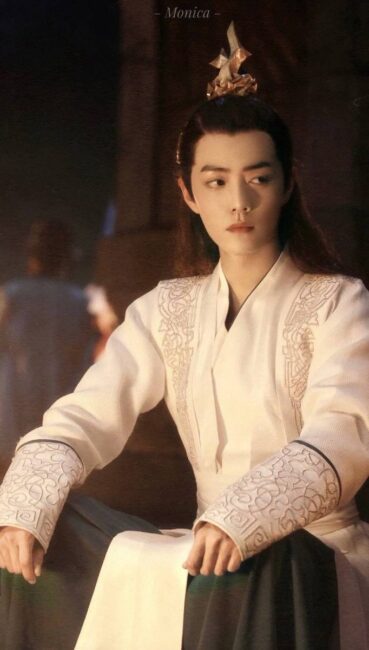 Xiao Zhan 肖战 can be said to play a very annoying character here, Yan Bingyun 言冰云. Nearing the end of season 1. The story arc turns to Yan Bingyun, where Fan Xian was appointed as envoy to bring him back from Beiqi country, where Yan Bingyun is being kept as war prisoner. This part reminds me of Saving Private Ryan a bit. A lot of resources have been exhausted for this mission, brain twisting effort to search for him and bring him back to Qing.

But not only did Yan Bingyun NOT appreciate Fan Xian’s effort. He instead was suspicious and accusing of Fan Xian, not to mention uncooperative. Very annoying hahaha. To top it all off, he stabbed Fan Xian at the end of season 1.

Gaahhh I am livid! I haven’t read the book yet, but I am hoping this is also part of Fan Xian’s plan….coz afterall, he is the main lead, he cannot die just like that.

Special mention to Wang Qinian 王启年 (played by Tian Yu 田雨) and Gao Da 高达 (played by Li Shen 李燊) who together are like the perfect boobish pair. Wang Qinian in his shamelessness, Gao Da in his dorky chivalry(๑˃́ꇴ˂̀), both are refreshing to watch.

This Drama Ignites My Interest in Chinese Poetry.

To be honest, I am not a poetry person, never have. But lately I feel like I need to understand these things to feel like I am a cultured person, you know (｀∀´)

The reason I was never into poetry is because it’s too hard, no matter what language it is in. Be it Chinese, English or even my native tongue Bahasa Indonesia.

But there is this one scene in the drama where Fan Xian, being a literary graduate in the 21st century, recited well known classic poetries (from a time unknown to the people in Qing) aloud and blew the listeners away. There were many poetries recited in that scene, but one stood out for me because I think this somewhat carries Fan Xian’s sentiment of how he looks at life. Probably my sentiment as well. Here is an excerpt of it, coz the entire thing is too loooonnngg.

I’m no expert but at the heart of it, basically it is about enjoying life and celebrating to the fullest, which I believe is what Fan Xian had sought out initially in life. But the arc in season 1 ended with Fan Xian seemingly having second thoughts about what his priorities should be.

Such a complex, multifaceted drama, which deserves all the accolades given to it. Totally recommended.

"There is a perfect balance of comedy and mystery in the plot."Joy Of Life Drama Review