Love of Thousand Years was a Chinese romance drama, released in 2020. It has total of 30 episodes. Fu Jiu Yun, an immortal deity who falls in love with a mortal woman, has endured 1000 years of longing and 10 different mortal reincarnations. When the woman is reborn as a princess, an evil prince from another realm destroys her kingdom and massacres her family, while she manages to escape.

Fu Jiu Yun decides to help her when she vows to exact revenge and finally the two form a love bond. However, they discover that their love is forbidden and they will have to make a difficult decision that will affect not only their lives but also everyone else’s.

The series is an adaptation from the novel “The Killing of Three Thousand Crows” (三千鴉殺) by Shi Si Lang (十四郎).

For the first time in a long time, I struggled watching a drama. I felt like watching this was really a chore for me, it felt very long. I kept mentally counting how many more episodes I had to endure every 10 minutes into the episode. Similar to how you’d flip through the pages of your school text book to see how many more pages until the end of the chapter ¬_¬.

So finally at episode 21 out of the entire 30 for this drama, I threw in the towel. I just cannot continue any longer. Am I curious with the ending? Mmmm yes, but I’m not going to loose sleep over it and I can always read the novel which I’m sure is far more interesting. In short, I was just not curious enough to actually follow through until the end of the series.

This is very unfortunate, because I quite like the casts, especially Zhao Lu Si.

If I have to be honest, the reason I started watching this was because of her. Her performance was not disappointing actually, but in my personal opinion, I think what was missing in the drama was the chemistry. Look, I may receive a lot of hate for this, but if I have to pinpoint an exact source of my discomfort for the entire dissatisfying experience, I’d have to say that the role of Fu Jiu Yun was not made for Zheng Ye Cheng. 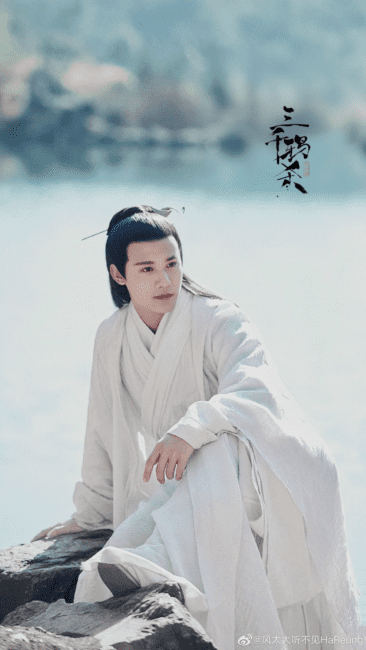 I first noticed Zheng Ye Cheng in Love O2O where he played as Hao Mei/Mo Zha Ta. He was brilliant there, very charming and pulling people in left and right. I thought it was a perfect role for him. However, as Fu Jiu Yun, I didn’t feel his charisma shone through here. I didn’t know what it was but it’s like the mannerism was all wrong, it came out forced and there were too many moments where I just felt uncomfortable.

You know how sometimes you’re watching someone and just feels like any moment this person is just going to drop all act and everything will fall apart, it’s exhausting, I was having this exact feeling for most of the time he came on screen and I feel sorry to have felt this because he’s a good actor.

On top of that, he did not have chemistry with Zhao Lu Si the female lead ¯\_(ツ)_/¯. This is not the first story of its kind that’s being made; there’s Love and Redemption, The Flame’s Daughter, just to name a few, with very similar plot! The two I mentioned just now were captivating because of the fantastic chemistry shared between the two main leads that draws you in, plus the agony and frustration of the male lead over his distressing romance, which let’s be honest is what we live for right muahahaha*evil laugh.

In short, it was always a joy to watch the main couple on screen together and we always look forward to it. In fact, we would replay the clips over and over on YouTube and relive the intimate moments and commit to mind that if my relationship is not as passionate, then I’m not having any of it. I dare you to tell me dead in the eyes that you are not thinking of this (~˘▾˘)~ because I sure do! 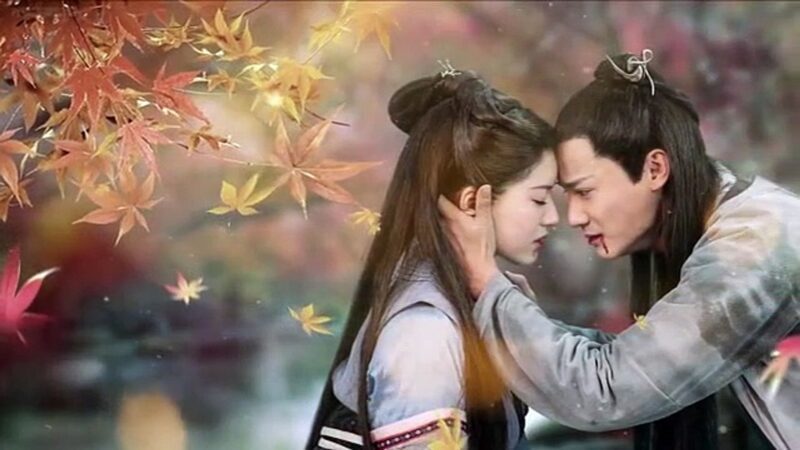 Unfortunately, for stories like these, the biggest burden to carry the show in most cases would fall on the male lead, for his perseverance, his pure, stubborn and enduring love he has for the mortal woman whom he fell in love with. On the other hand, the object of his affection should just focus on whatever mission she had on hand at the moment, be it saving the world from demons or carrying out vengeance for her father or family, easy peasy for her.

All the while the immortal would continue to pine over her and never hesitate to sacrifice his mind, body and soul just for her happiness. Isn’t this the plot that’s sold for these type of stories!? In this instance however, this part fell a bit short. Fu Jiu Yun just looked a bit too carefree and in some scenes he even looked lethargic (for instance when he was hanging out with Mei Shan Jun and supposed to look serious and in contemplation), what am I supposed to do with that ◉_◉ 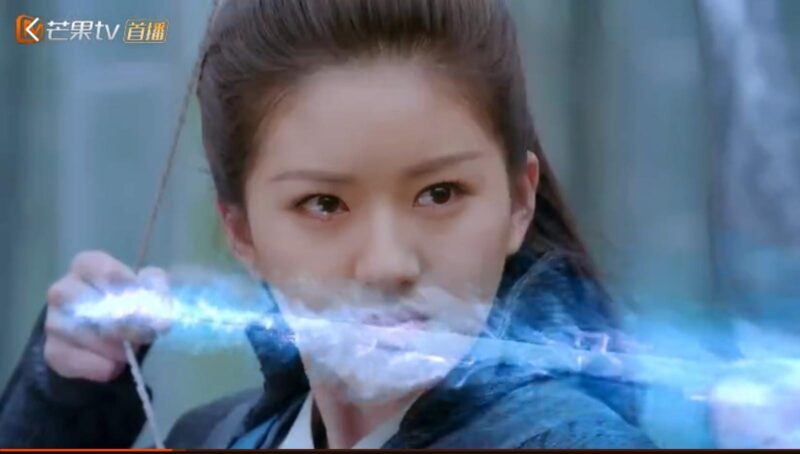 As always, I enjoyed Zhao Lu Si’s performance in this as well. Without being too wordy, her character has made it easy to make the audience understand her plight. After the loss of her family and country, she made it a mission in her life to avenge their deaths.

Not only because it was her calling as the royal princess of the overthrown country, but also because she needed something to hang on to, a goal in her life, the only thing to strife for because otherwise it did not seem there was anymore meaning for her to live. Especially since the one person she would trust and share her joys and sorrows with was also guilty by association with the source of her misery. Having said that, there was only so much Zhao Lu Si can do, I just cannot continue watching the drama (˃̣̣̥‿˂̣̣̥) 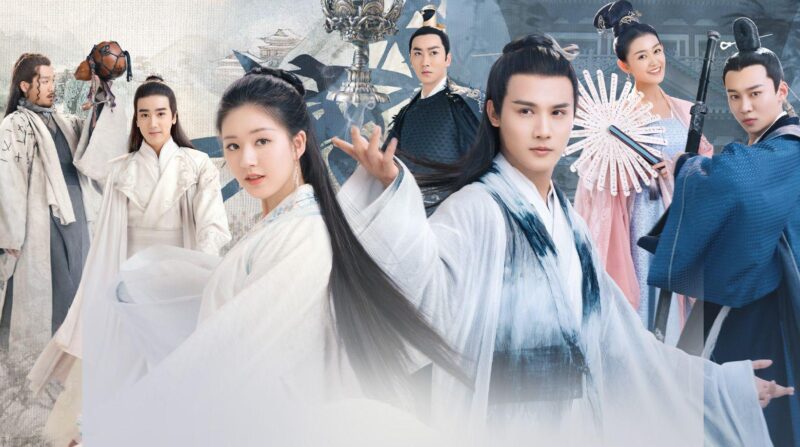 May contain spoilers ahead….

On paper, this story would have made a fantastic drama. I kind of disagree with those who commented that the flow of the story was made poorly, I think the flow flowed just great! But I did wonder about the kind of budget this drama had, it must have not been much by the looks of things.

For instance, the paper tiger magic that the princess conjured really looked like child’s play and in no way threatening. So I was confused why Zhao Lu Si’s character Qin Chuan was shocked and devastated when the paper tiger Mao Mao was destroyed, I mean you didn’t see it coming??….He looked so fragile and combustible, that only his roar was slightly menacing. 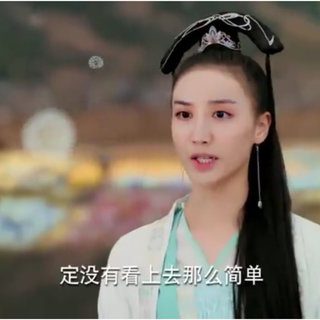 I thought it was my mind playing a trick on me so I had to look up the actress Zhang Ding Ding who played the character to see if her face in real life really does look like it’s floating on her head like that. Of course it’s not because as it turned out Zhang Ding Ding is a replacement actress (huanlian) whose face was pasted on the original actress’ head who played Qing Qing.

The original actress Liu Lu had some issues with the authorities and as such she was replaced last minute by Zhang Ding Ding. To save time and resources, they did not re-shoot her scenes but swapped their faces with some poor AI work instead. Needless to say, I laughed at this and was also fascinated. Technology nowadays sure is awesome (said the old lady who turned off the radio by unplugging the power cable). 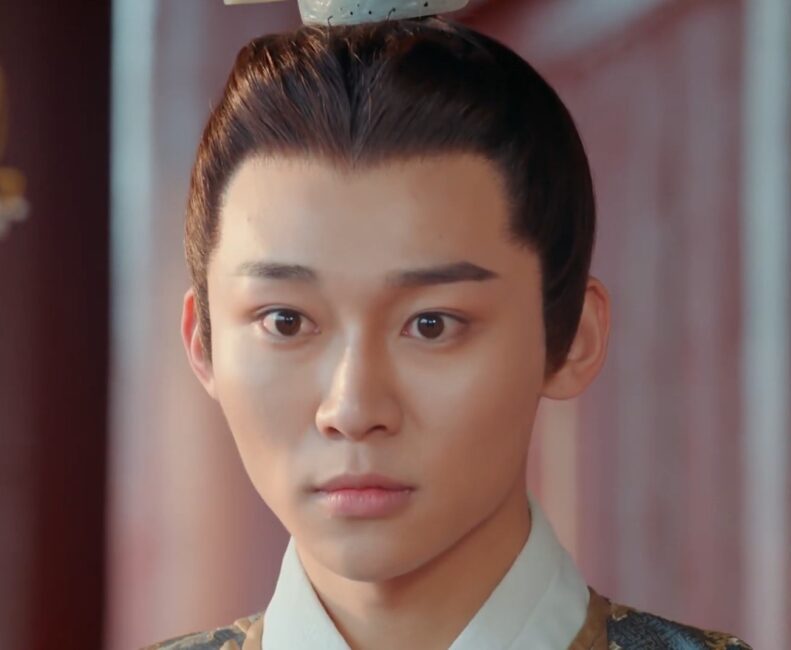 The Upsides, At Least

The actor I was most impressed with in this drama is Liu Yi Tong, 刘怡潼 who I think deserves more credit than he is being given for. He played Qin Liu Feng in Love Better Than Immortality as a sleazy playboy wannabe. He was brilliant there looking all cheap (in the best possible way that’s being asked of the character he played), fun but surprisingly highly values friendship.

In this drama he made the entire turn around looking all proper, intelligent, very well educated and dependable, deserving of his role as the women’s object of their unrequited love or as they say in Chinese ‘white moonlight’ (白月光 Bái yuèguāng). He was very charming as Zuo Zi Chen that I always enjoy his time on screen. I hope to see him in bigger roles in the future, can’t wait. 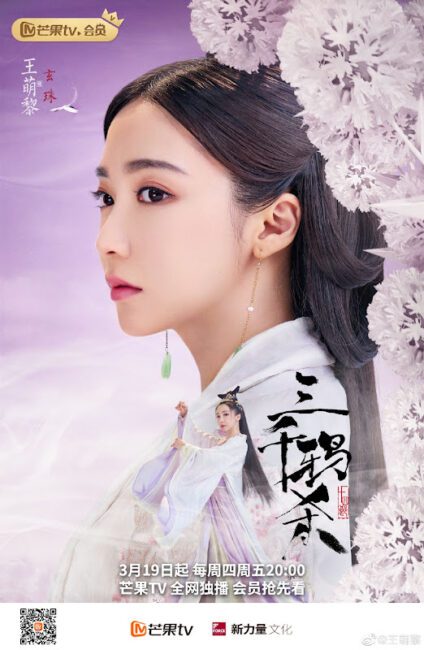 The Downsides Continue On

One character that was frustrating to me was Xuan Zhu played by Wang Meng Li. On paper, this character seemed like a snobbish, proud, beautiful and elegant young lady who was stuck in her own dillema being controlled by her mother. She hated what her mother made her do but she also could not abandon her. Her love for  Zuo Zi Chen made her despised Qin Chuan to the bone. She was stubborn and persistent in getting what she wanted, so I had the impression that she was this strong character that just needed the push to free herself out of her situation.

Therefore, I was a bit frustrated with the way the character was portrayed in the drama. A woman who had endured her controlling mother, had the courage to sacrifice herself for Zuo Zi Chen, had the sly to erase Zi Chen’s memory of Qin Chuan then confronted Qin Chuan and actually made her promise not to appear in front of them again, certainly would not look defeated when she was made to dance and be ridiculed in front of the evil prince’s concubines.

In my mind, this was a strong willed lady who looked down on most people that was not up to her standard and would not even consider anyone as her rival except for Qin Chuan, the royal princess of Li country who was beautiful and multi talented, a worthy opponent. Had she carried that poise throughout her performance, she would have been my favorite character.

I mean, just to appease Qin Chuan so that she would disappear from Zuo Zi Chen’s life, she was willing to lay down her own to help her assassinate the demon prince!

I would consider reading the book just to see if this character is truly like that, and if it is so, then it is hilarious and I’d love her for it. Hope this Love of Thousand Years drama review helps. Thanks!

"I was a bit frustrated with the way the character was portrayed in the drama."Love of Thousand Years Drama Review